Collective Architecture have submitted a planning application for a social housing development on the vacant site of St Peter’s School in Partick, Glasgow, which closed in 2013. The proposals for Partick Housing Association include part conversion of the existing school to deliver 60 new homes for social rent, mid-market rent and supported accommodation. A mix of 1,2 and 3 bedroomed flats have been designed within an additional new build block, which also incorporates undercroft parking.   The existing victorian school forms part of an area of mostly residential streets arranged on a grid iron, lined with sandstone tenements. The site itself is sloped and constrained by the existing surrounding buildings. The submitted proposals retain and refurbish the south wing section of the school facing Mansfield Park and construct a new build housing block of similar mass and scale to the east section of the site.

Materials have been selected to compliment the local vernacular, with tenement buildings predominantly built from blonde and red sandstone. The new build south block will be finished in cut blond sandstone, accentuating the modern form, and contrasting with the retained existing red ashlar stone former school building. The building form is articulated with recessed glazed closes, and deep covered balconies carved into the block. The balconies are in turn clad in oxidised Nordic brown copper providing further depth to the elevations.

St Peter’s School is the first major residential scheme to be undertaken by Collective Architecture for Partick Housing Association since the completion of their award winning residential project, Byron Street, which was completed in 2010. 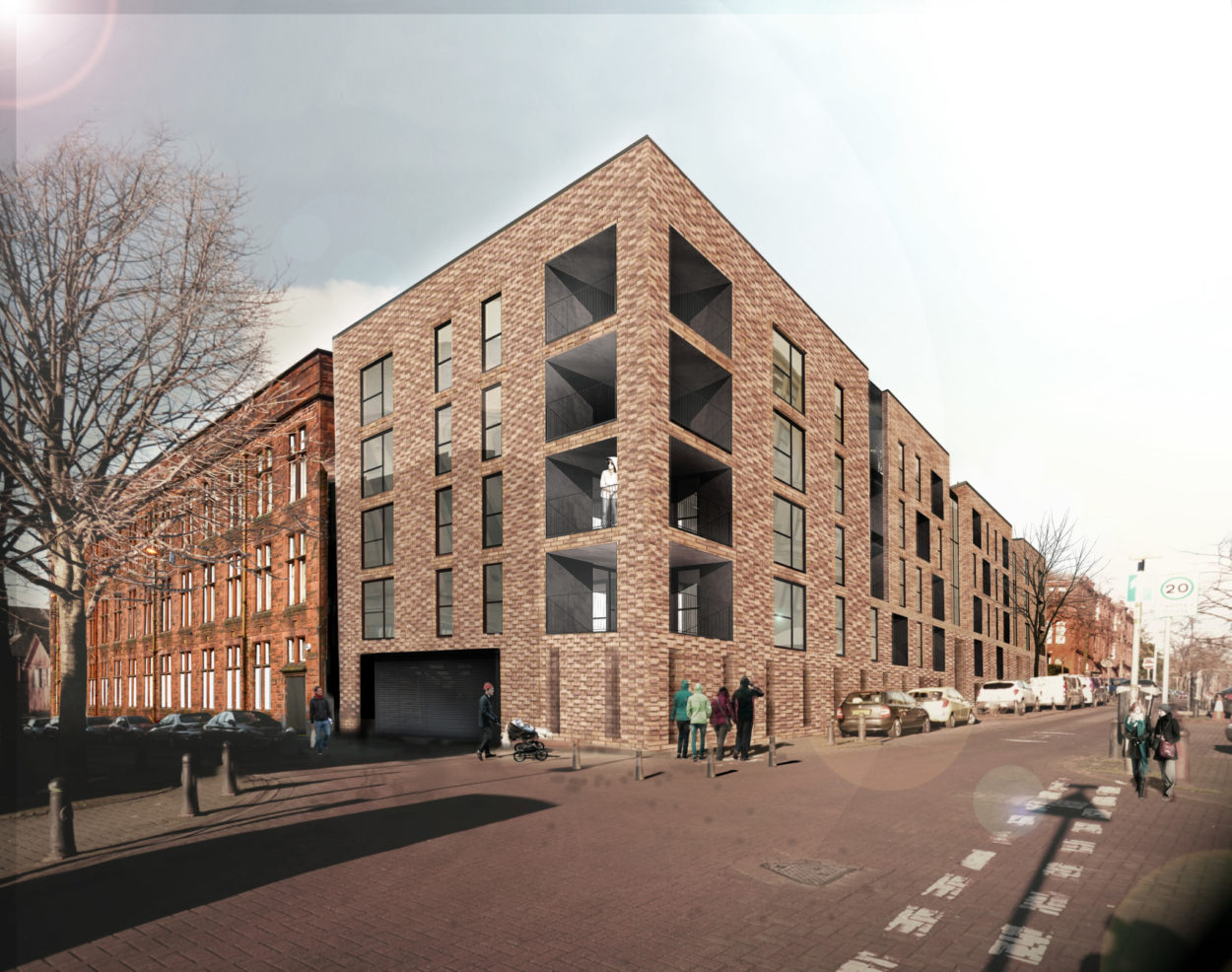 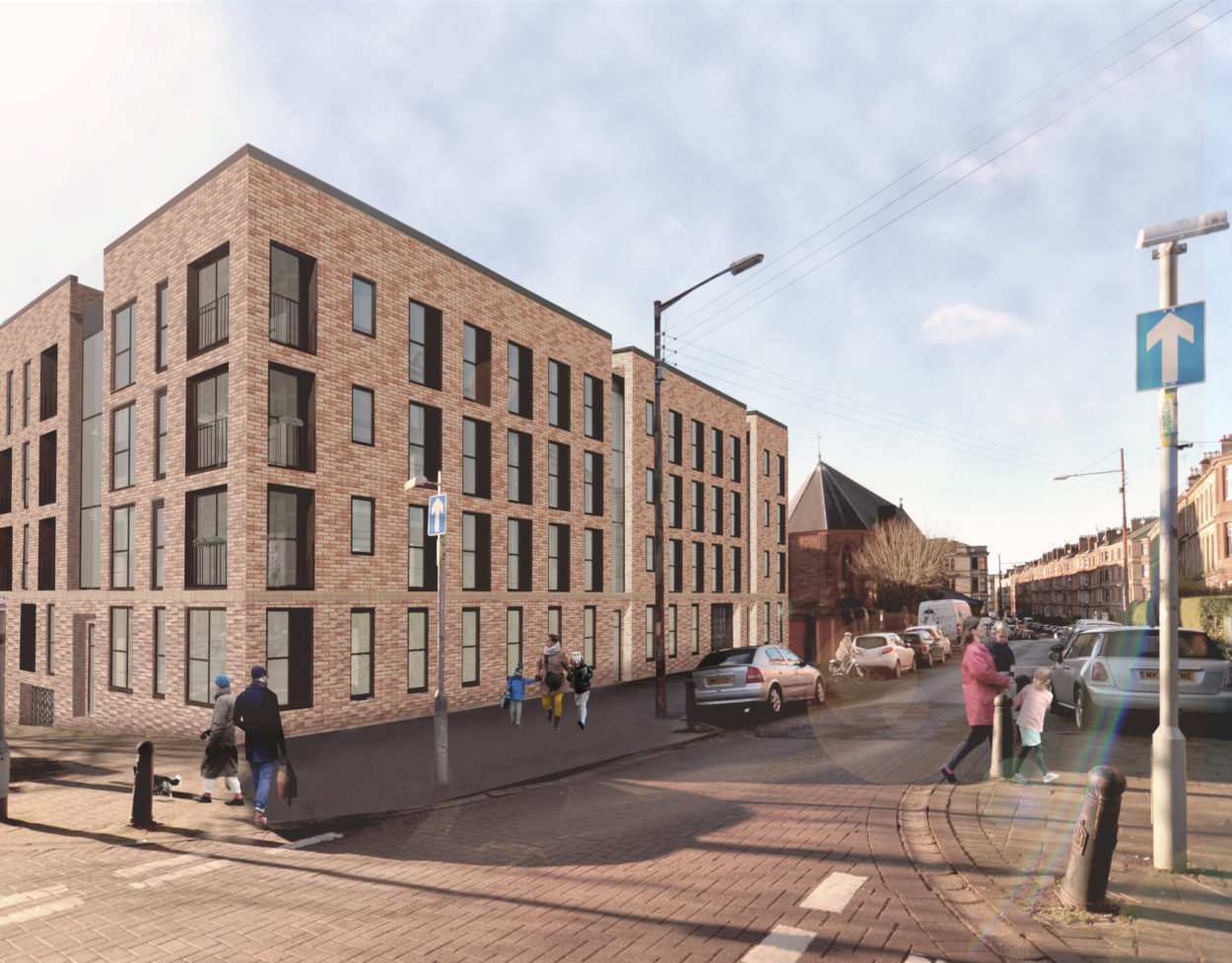 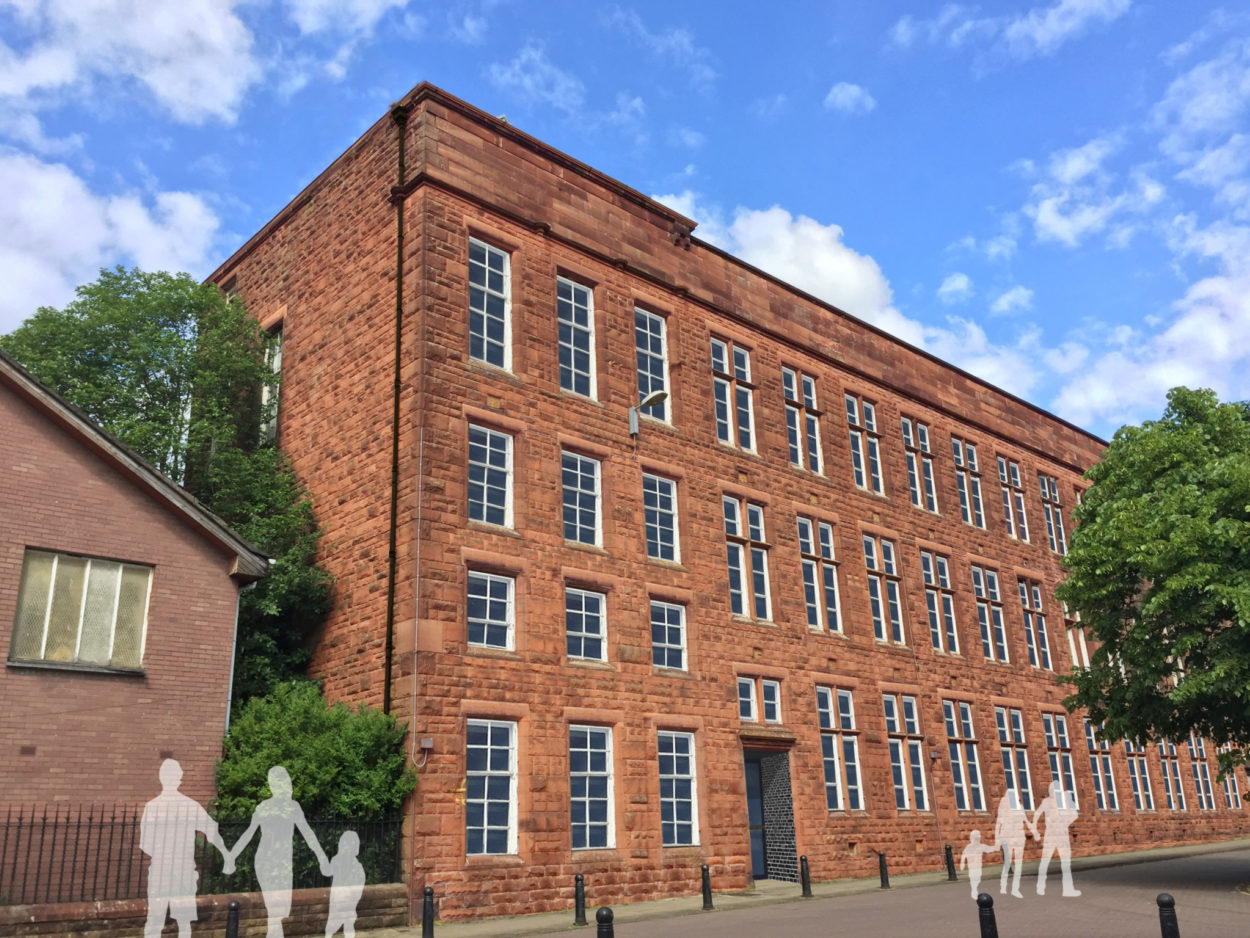 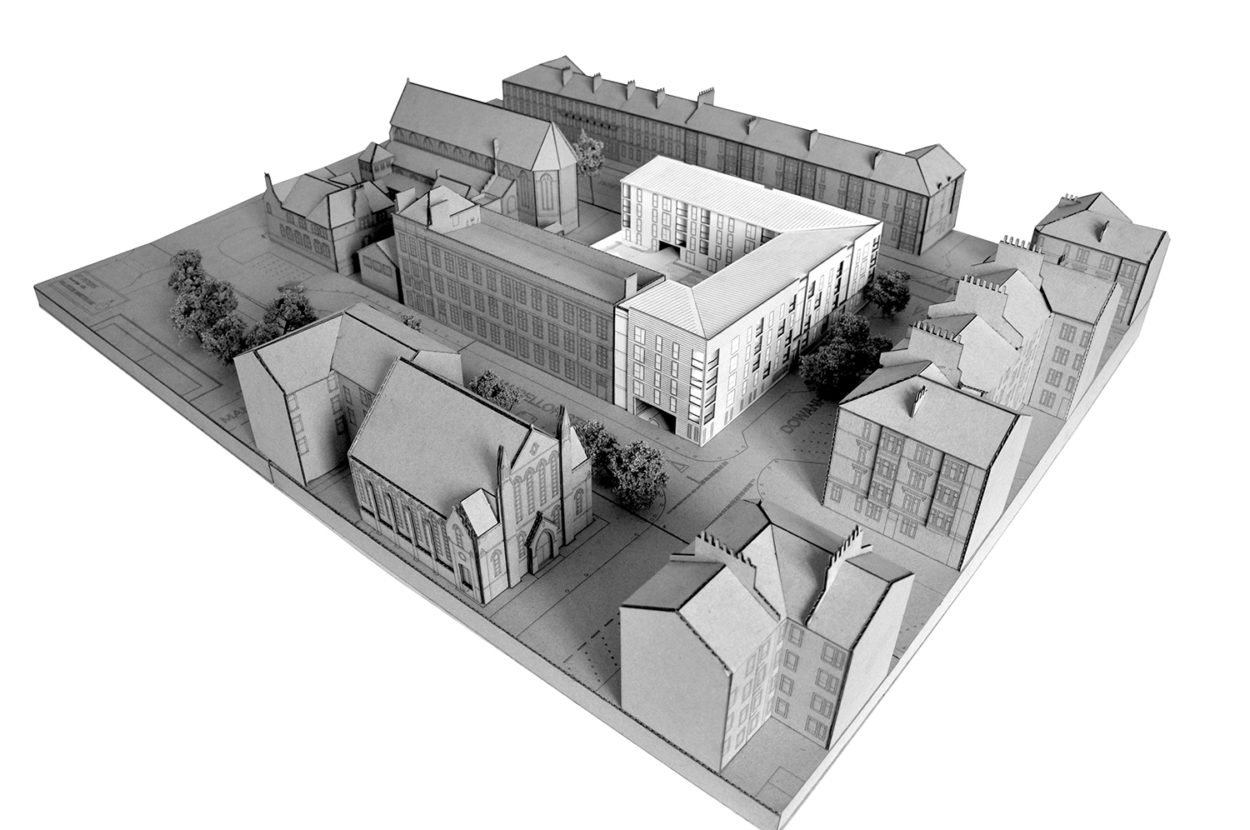 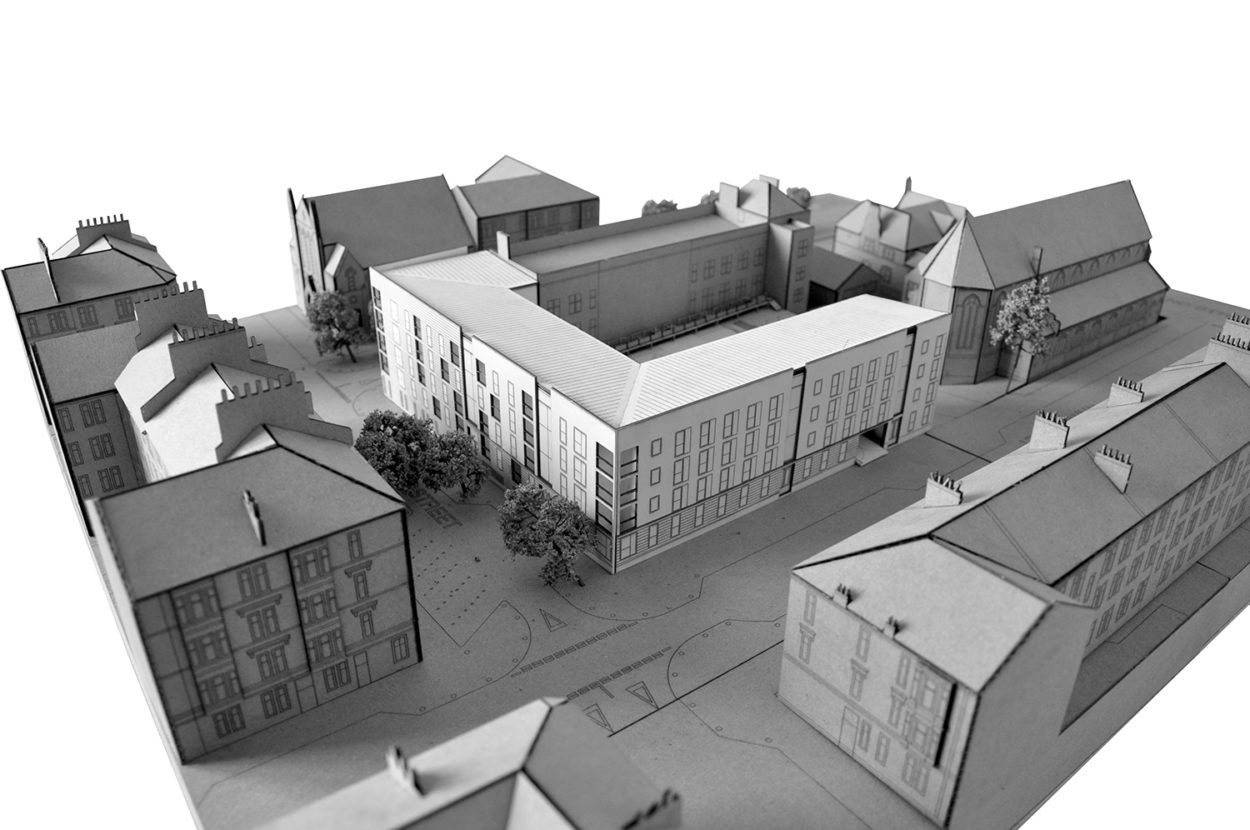