2016 Homes for Scotland
Affordable Development of the Year

Collective Architecture were commissioned by Glasgow Housing Association (GHA) to develop proposals for one of three sites allocated for the reprovision of housing for tenants across five high rise blocks in Sighthill, North Glasgow.

The Sighthill redevelopment provides 141 new build houses and flats, making use of a mostly vacant site, following the demolition of a high rise block and low rise maisonettes. The remaining buildings have become run down and isolated, connected by redundant poor quality infrastructure. The issues of fragmentation and a lack of clear delineation of public and private space were priorities to be addressed in the new housing design. The site strategy therefore creates three distinctive urban blocks, creating new north-south streets connecting Fountainwell Drive and Fountainwell Road.

These new blocks respond to the scale of the existing flats and provide complete streets with clear definition of public and private space. The north and south edges to the site are defined by flatted blocks, with terraced houses running north to south. The buildings to the northern edge facing the cemetery are 3 to 4 storey, responding to the site topography and creating a strong edge when approaching the site from both east and west. The southern flatted blocks are kept to three storeys, to minimise overshadowing of the adjacent two storey housing and respond to the existing context of a low rise community centre and nursery.

Due to the scale of development, the design team felt it was important to provide a strong identity for the new neighbourhood, and chose to express this through careful selection of materials and the creation of strong built forms, building on early Scottish styles such as crow-stepped gables and rectilinear blocks. The contemporary response to this has been to use the roof pitches and corners to provide interest and variety along the streets, as well as deal with the challenges offered by the level changes across the site. 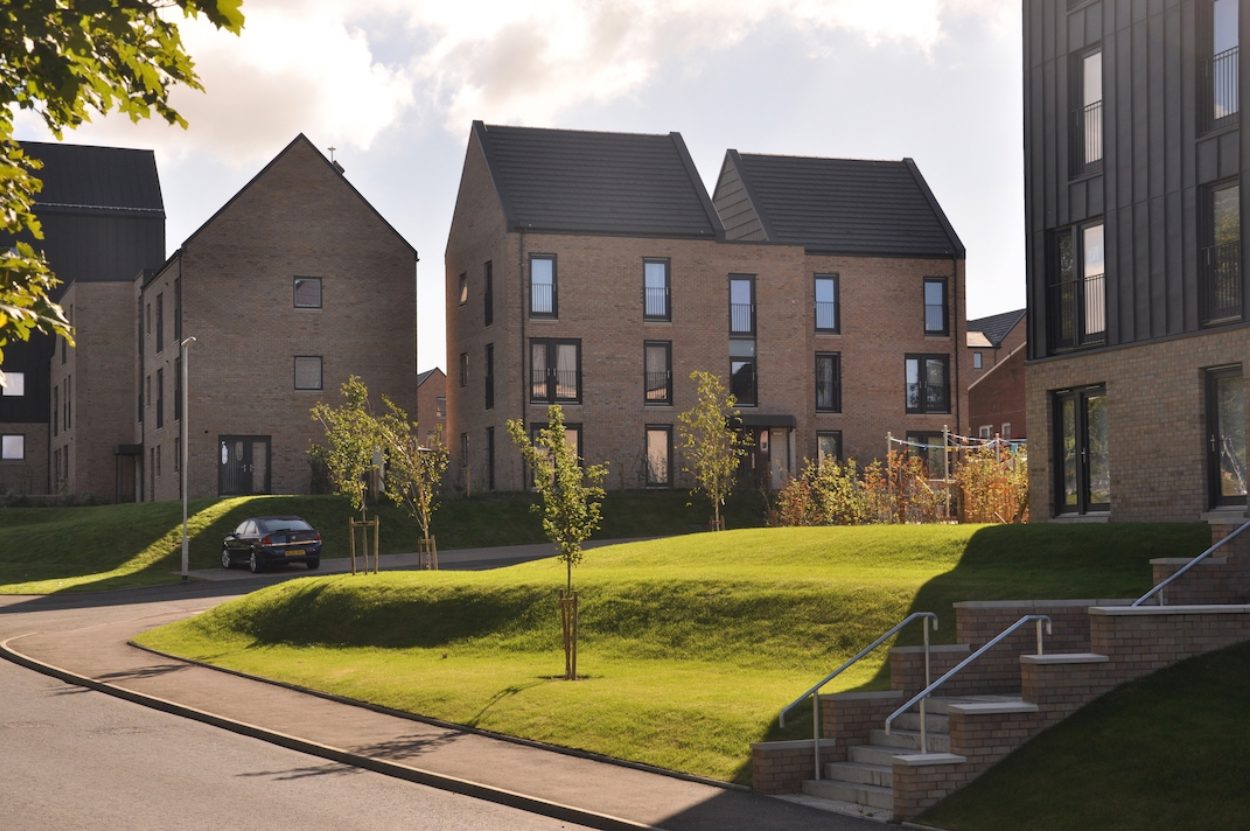 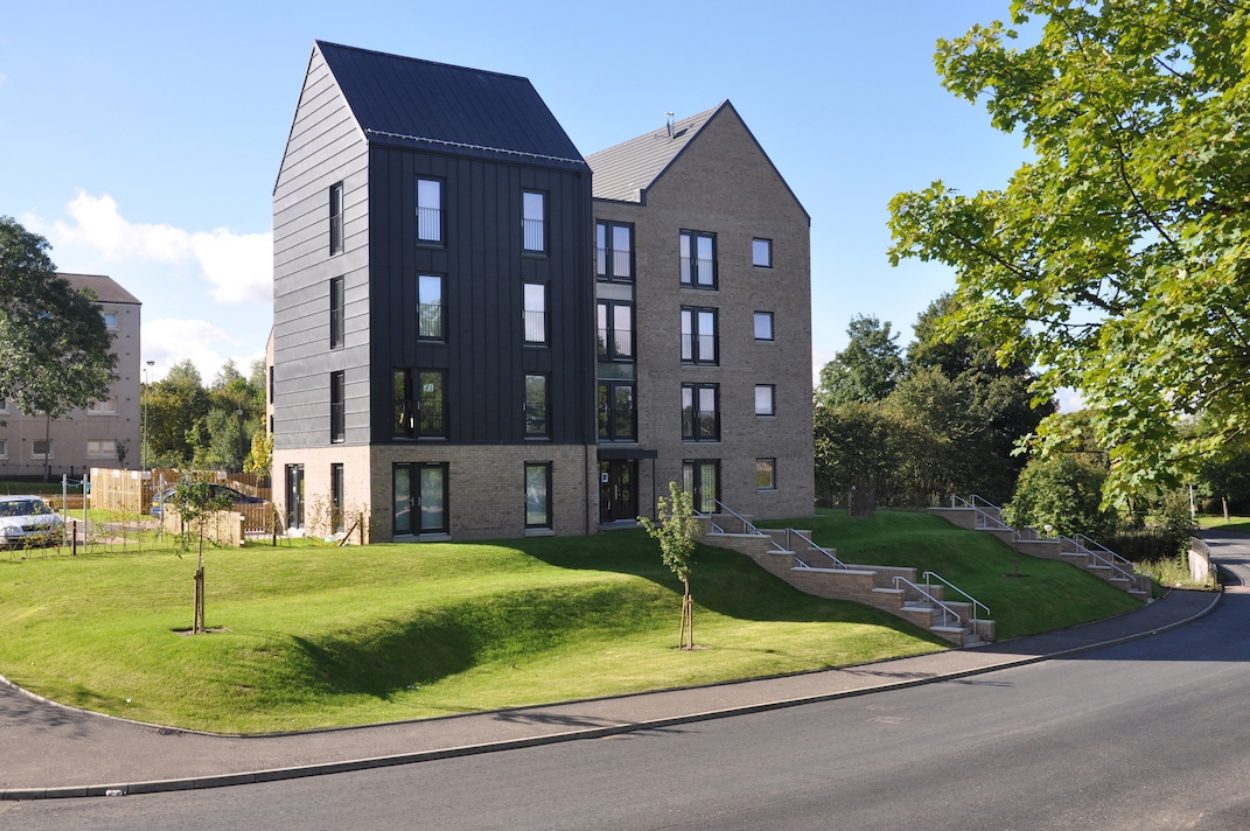 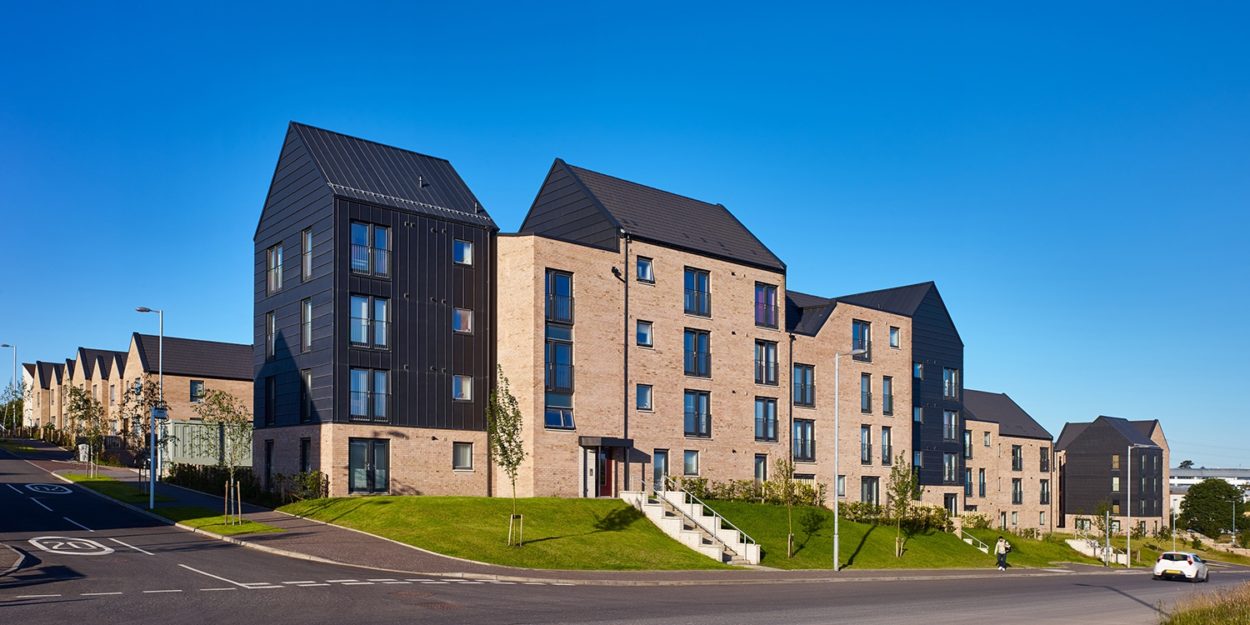 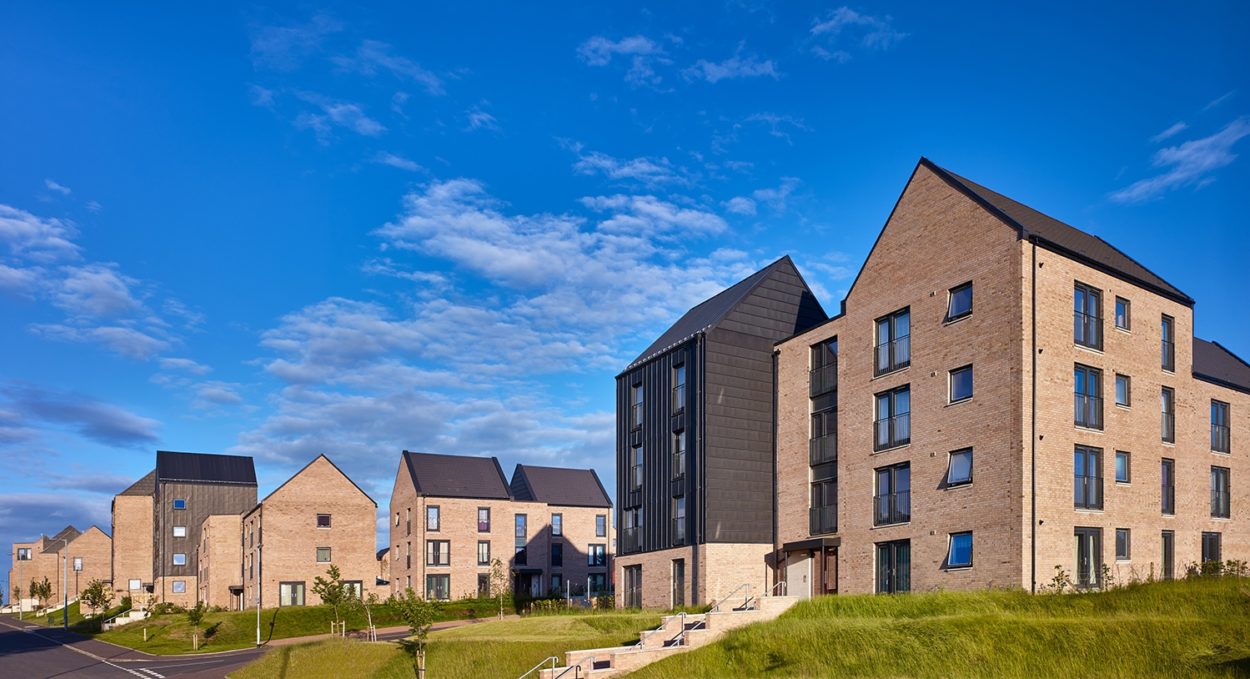 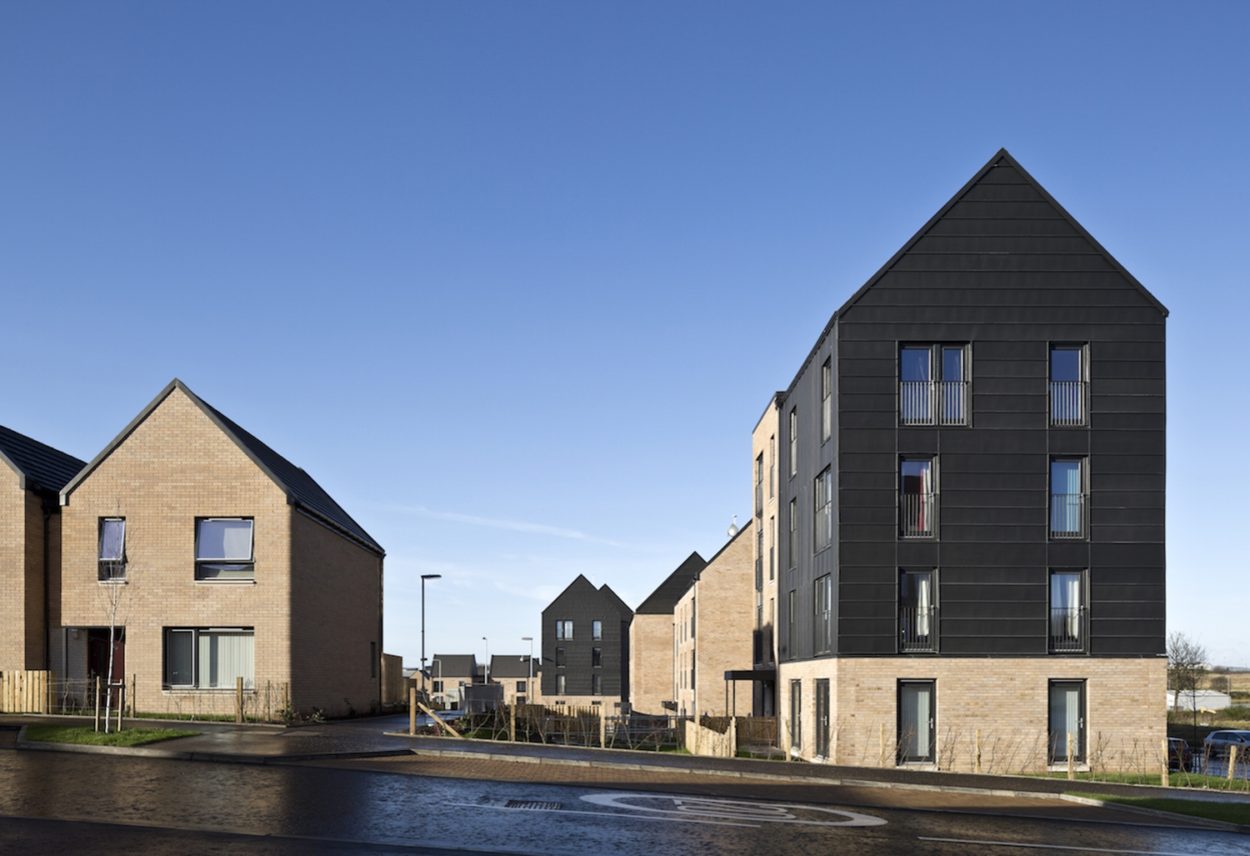 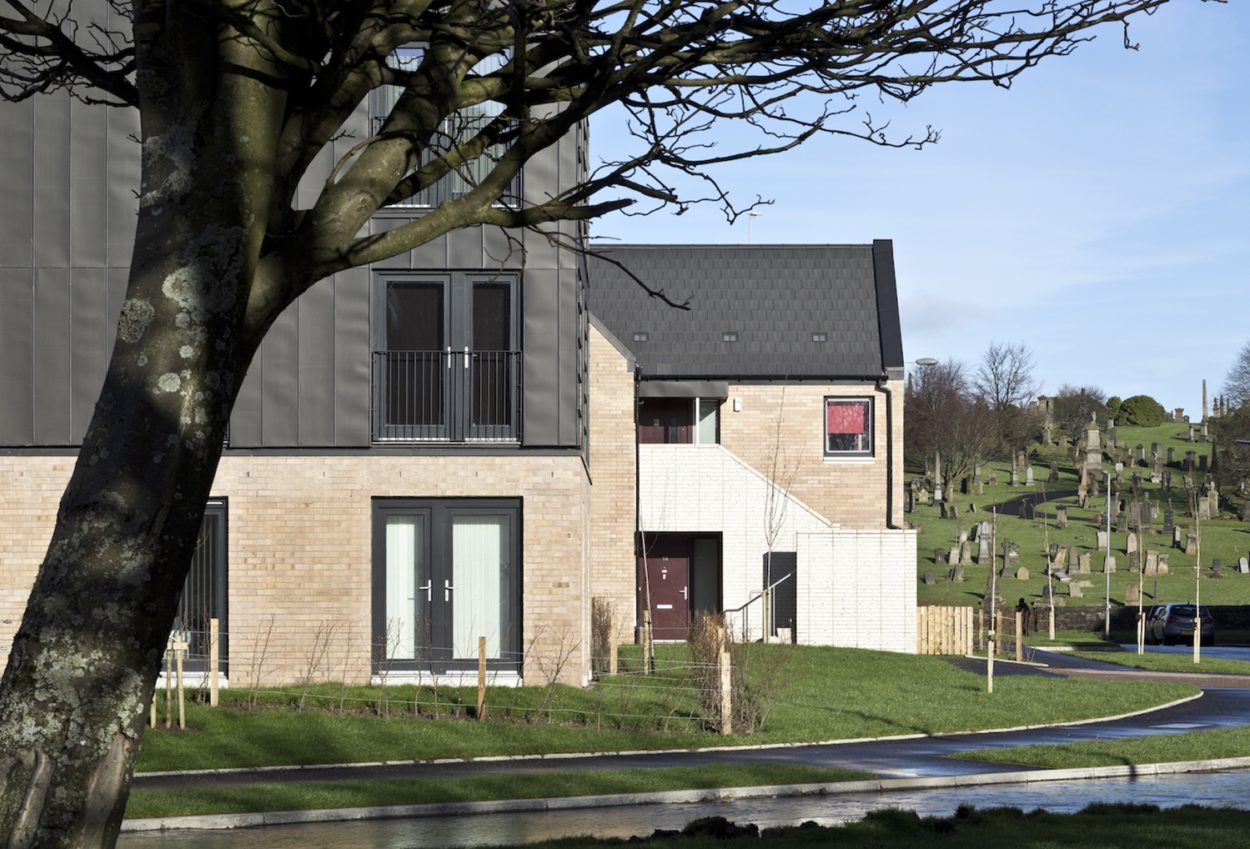 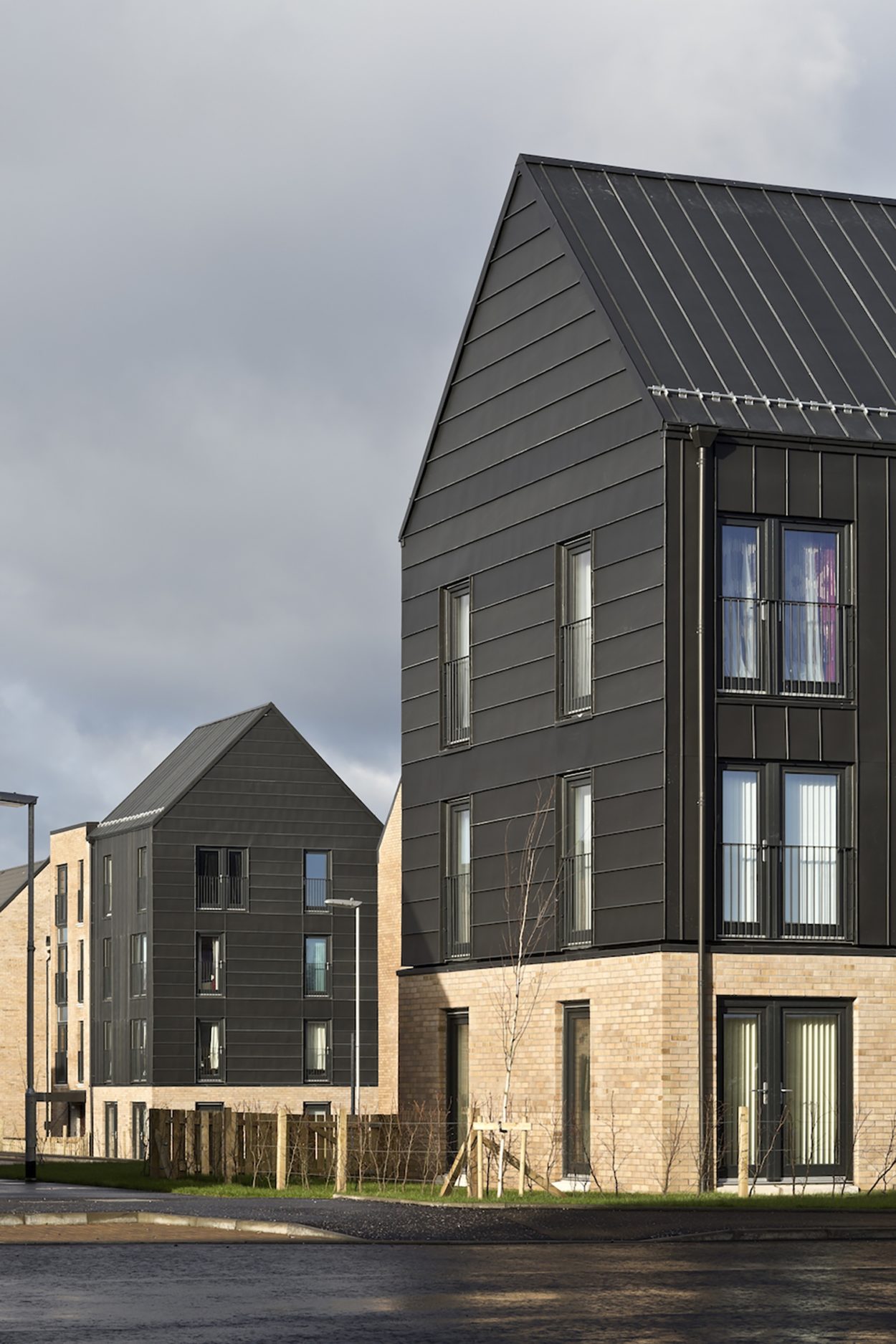 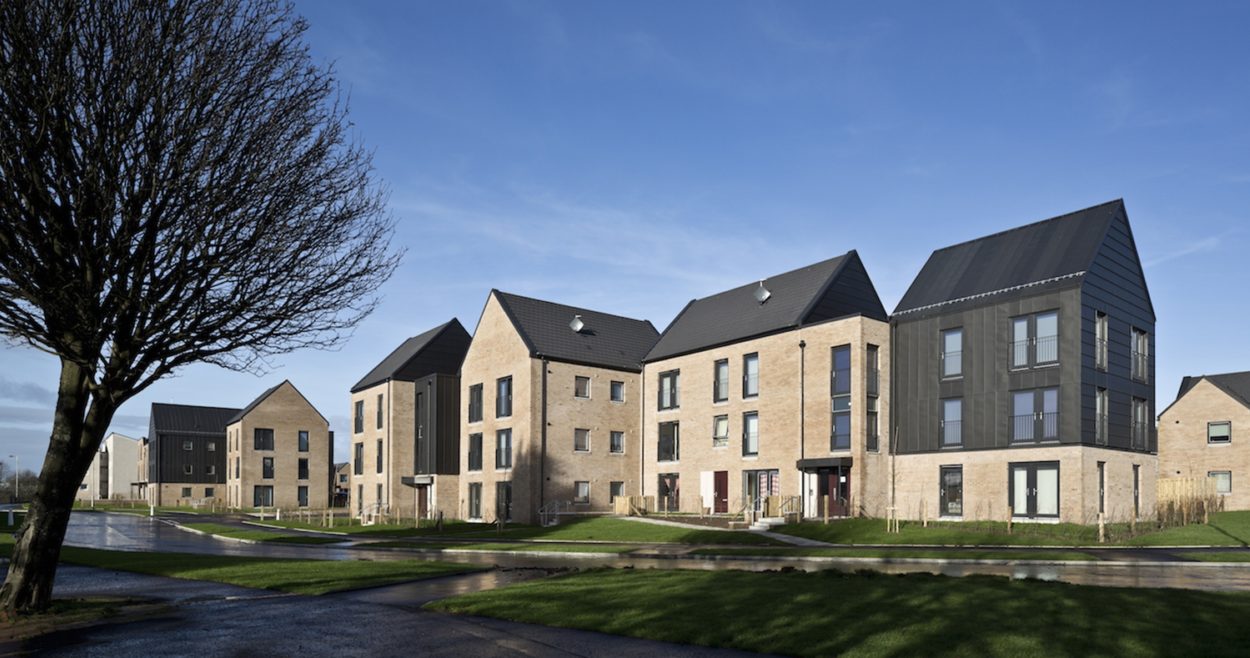