Following the redesign of the entrance foyers at 131 and 151 Wyndford Road in October 2000, Collective Architecture were commissioned to develop proposals for the refurbishment of the ground floor entrances of 2 further tower blocks located at 171 and 191, Wyndford Road.

The brief involved the creation of a bright and open new entrance to the residential 26-storey high-rise blocks plus associated facility rooms for caretakers, storage and utilities. It also allowed for flexible space, which could be used as a future cafe or launderette to serve the neighbourhood and to generate rental income for the Housing Association.

We proposed to utilise a modular steel screen system that is robust and flexible to produce the spatial arrangements. The metal frames were infilled either with solid panels in varying colours or transparent or clear sheets dependent on the function of the spaces behind.

The main entrance screens are fully glazed letting daylight travel deep into the foyer space. Externally, a recessed soffit lighting feature surrounds the building, which expresses the colour concept of the proposal and gives each tower its own identity but also creates a safer environment at ground floor level for the residents.

In conjunction with the refurbishment of the foyers 206 flats in both tower blocks were equipped with a new access control system. 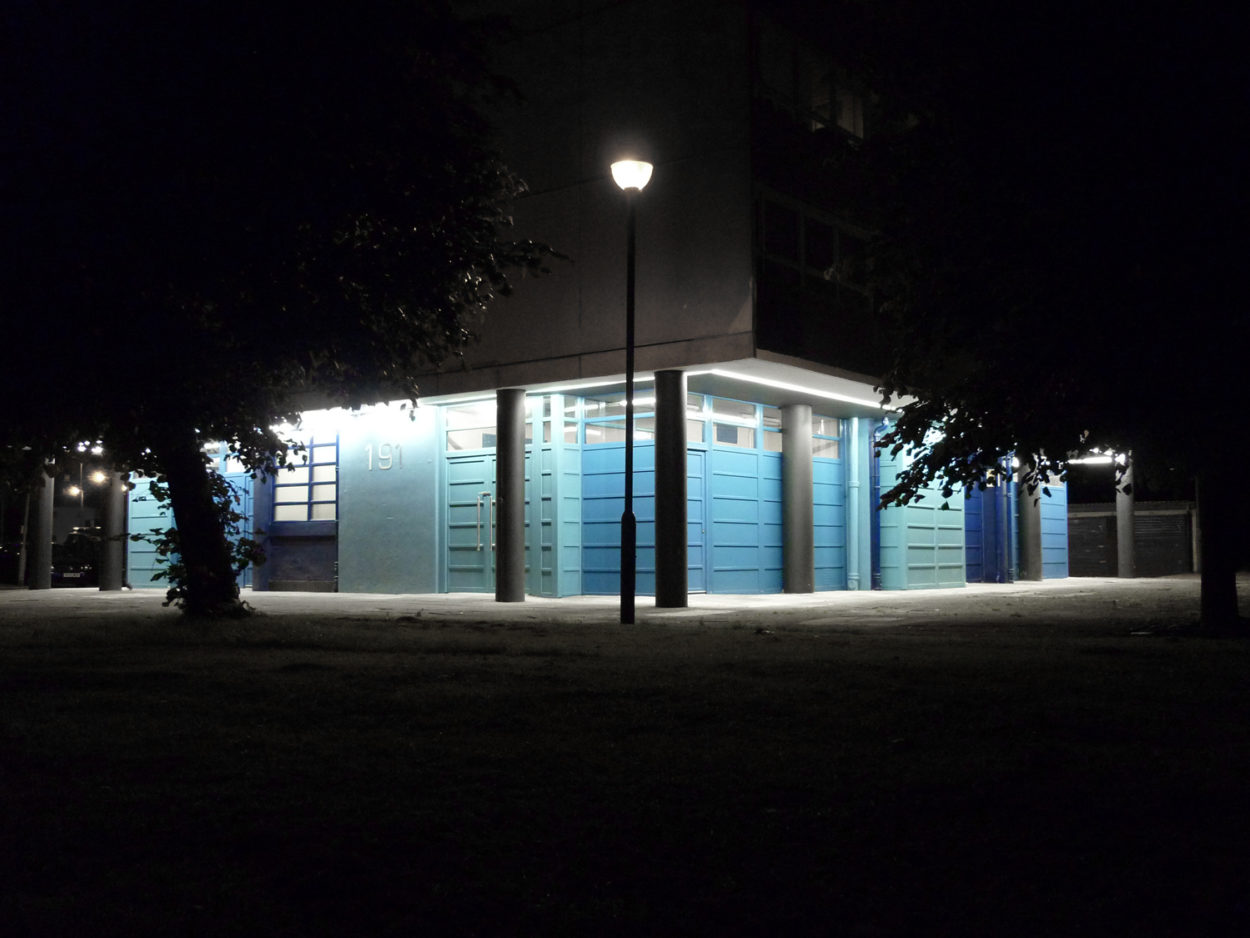 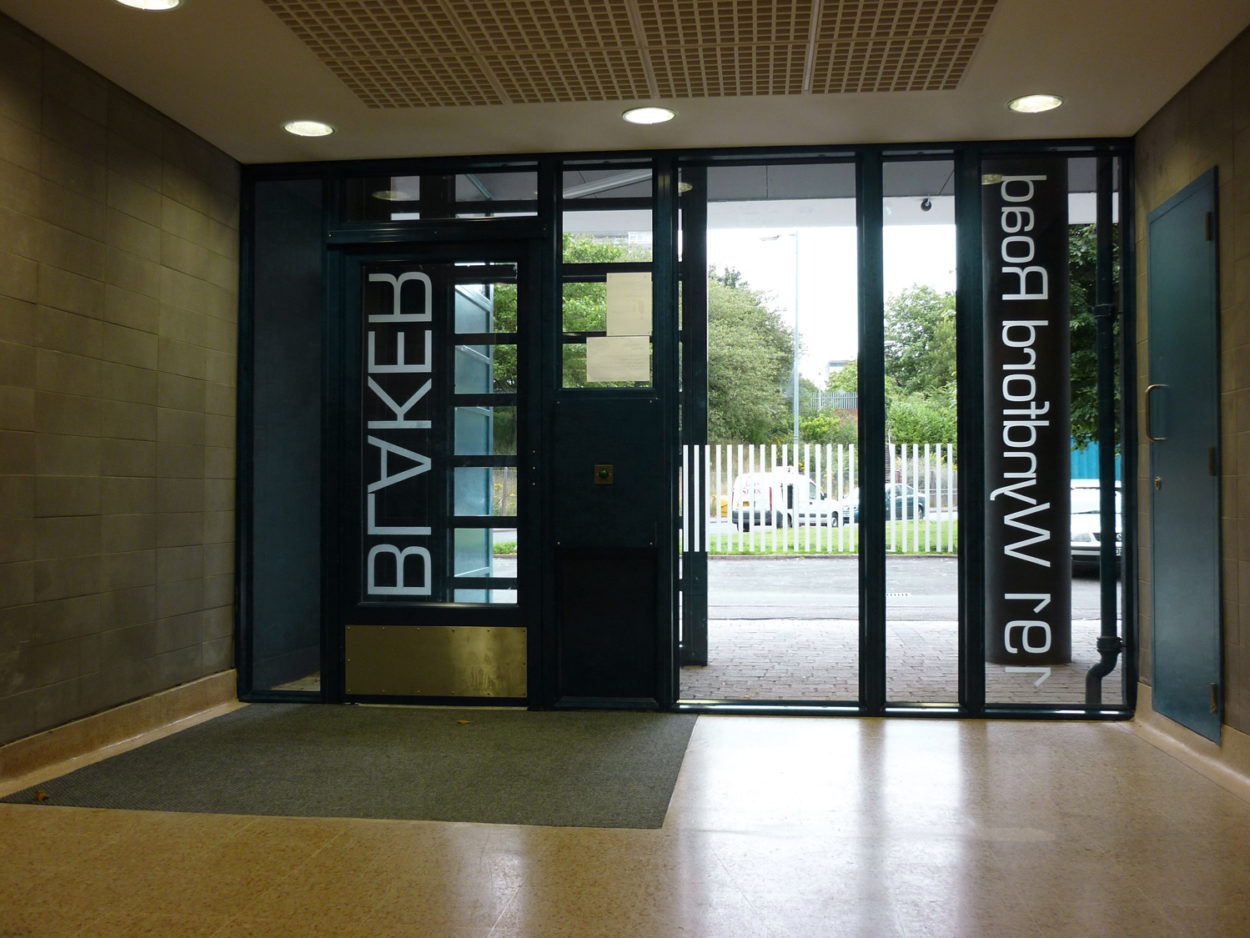 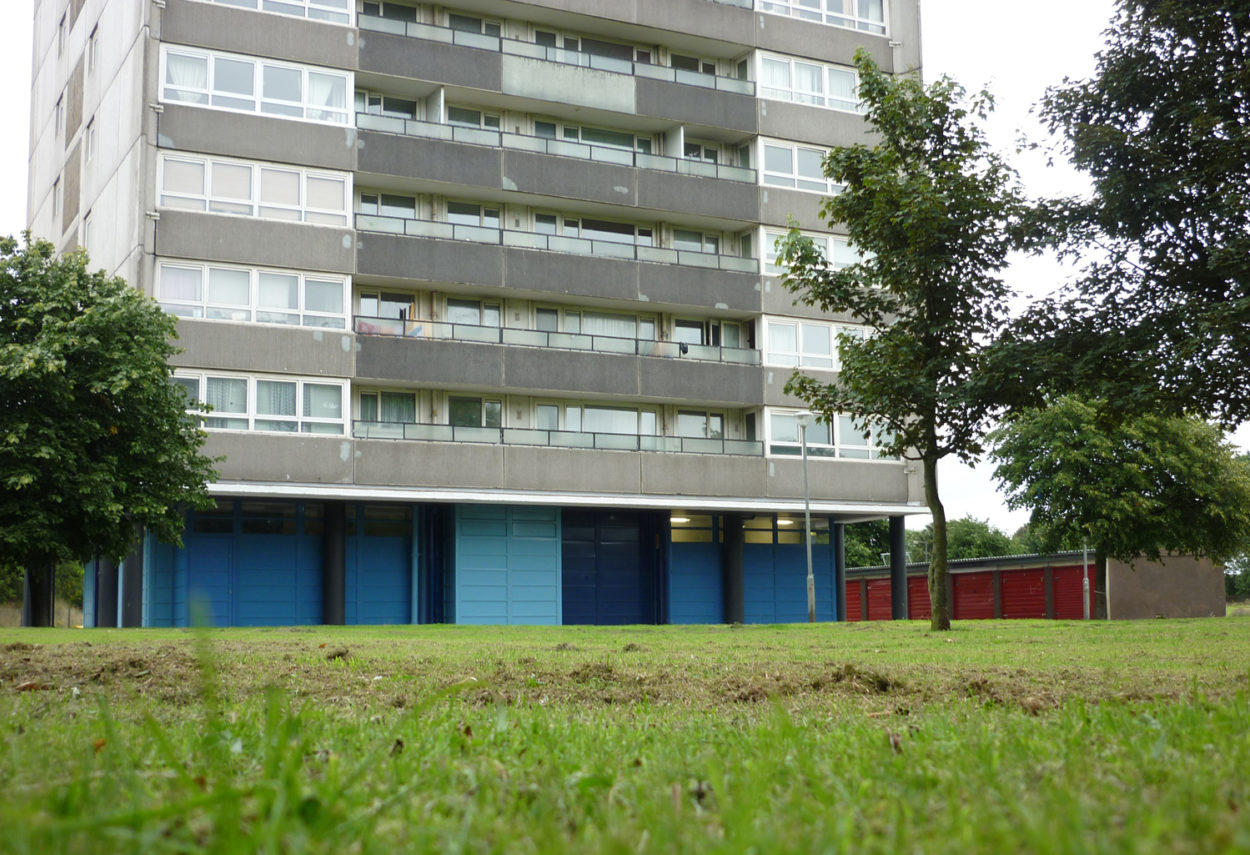 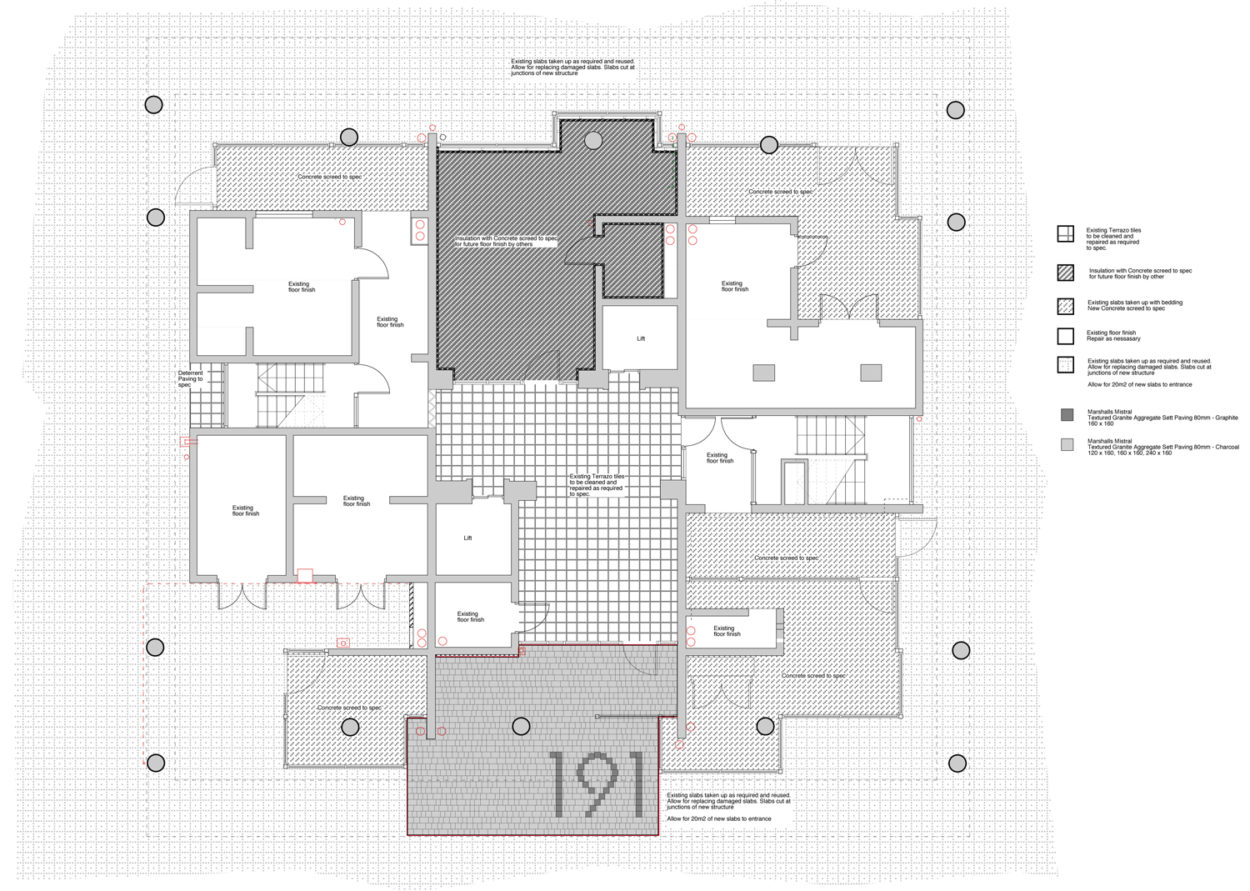