Collective Architecture were approached by Glasgow based artists to remodel their unusual West End flat. Located on the raised ground floor of a victorian tenement, the flat had originally been built as a bespoke office space, with one large open plan office to the street, and two smaller individual office spaces to the rear. Whilst the open plan living space and the two bedrooms were well lit and spatious, the existing bathroom and kitchen facilities were narrow and had not been updated for many years.

The client was keen to remain in the same flat, but wanted to make it more family friendly with an additional ensuite, built in wardrobes and storage, and a kitchen were all three members of the family cook and sit together.

The new design remodels the original galley kitchen, pushing out into adjoining spaces to provide space for dining and banquette seating and a built in kitchen table, with views out to the living room through a new internal glazed window. Light to the kitchen is borrowed from both the living room and a new second bathroom which has been squeezed in behind the kitchen to provide an ensuite to the main bedroom. Kitchen wall units have been reconditioned and re-used, whilst the timber veneer lined walls provide a cosy almost caravan like atmosphere to the space. 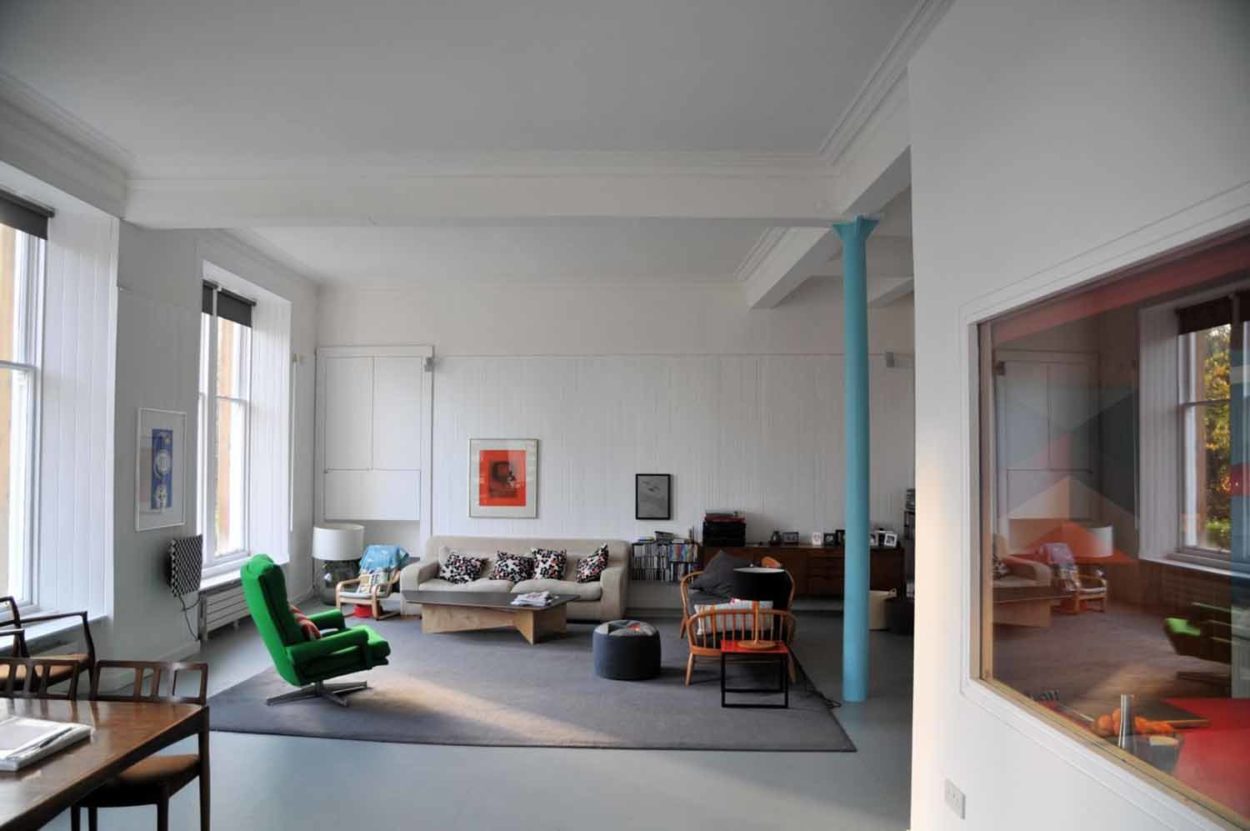 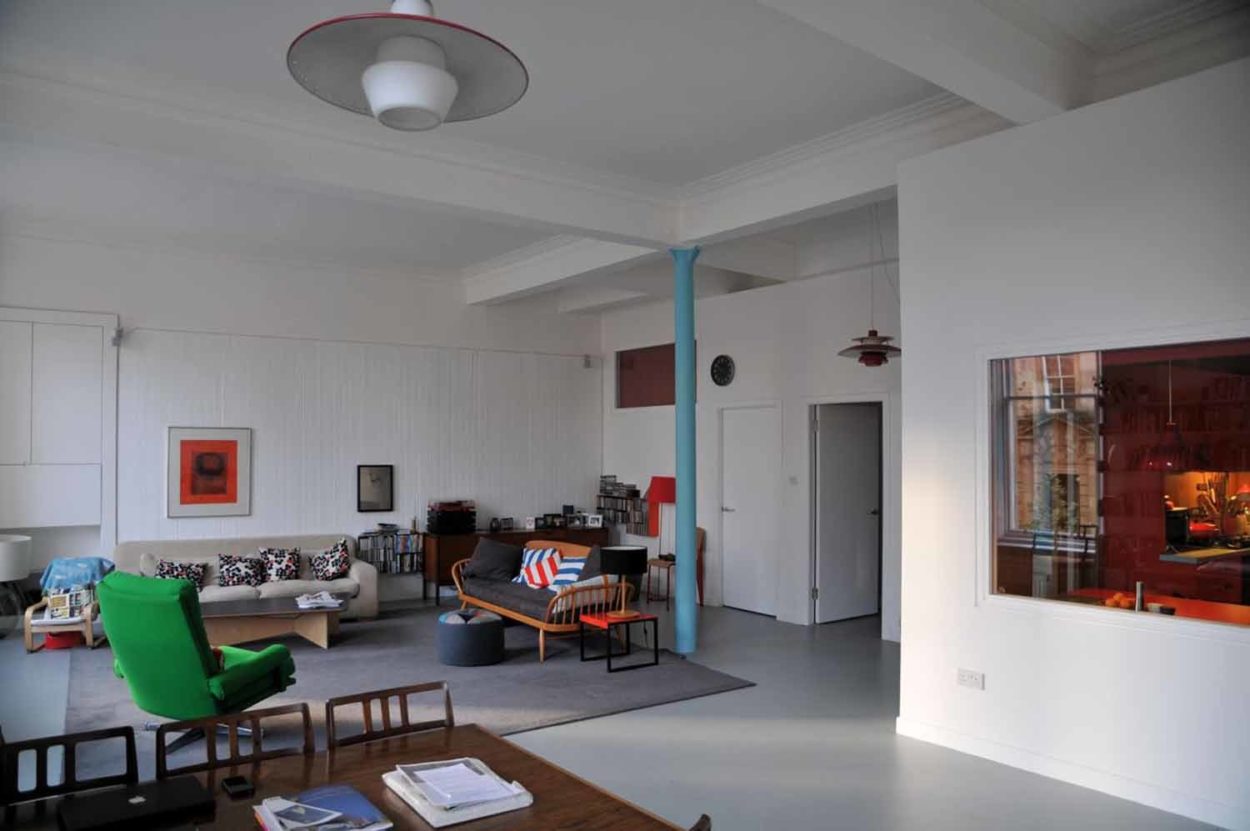 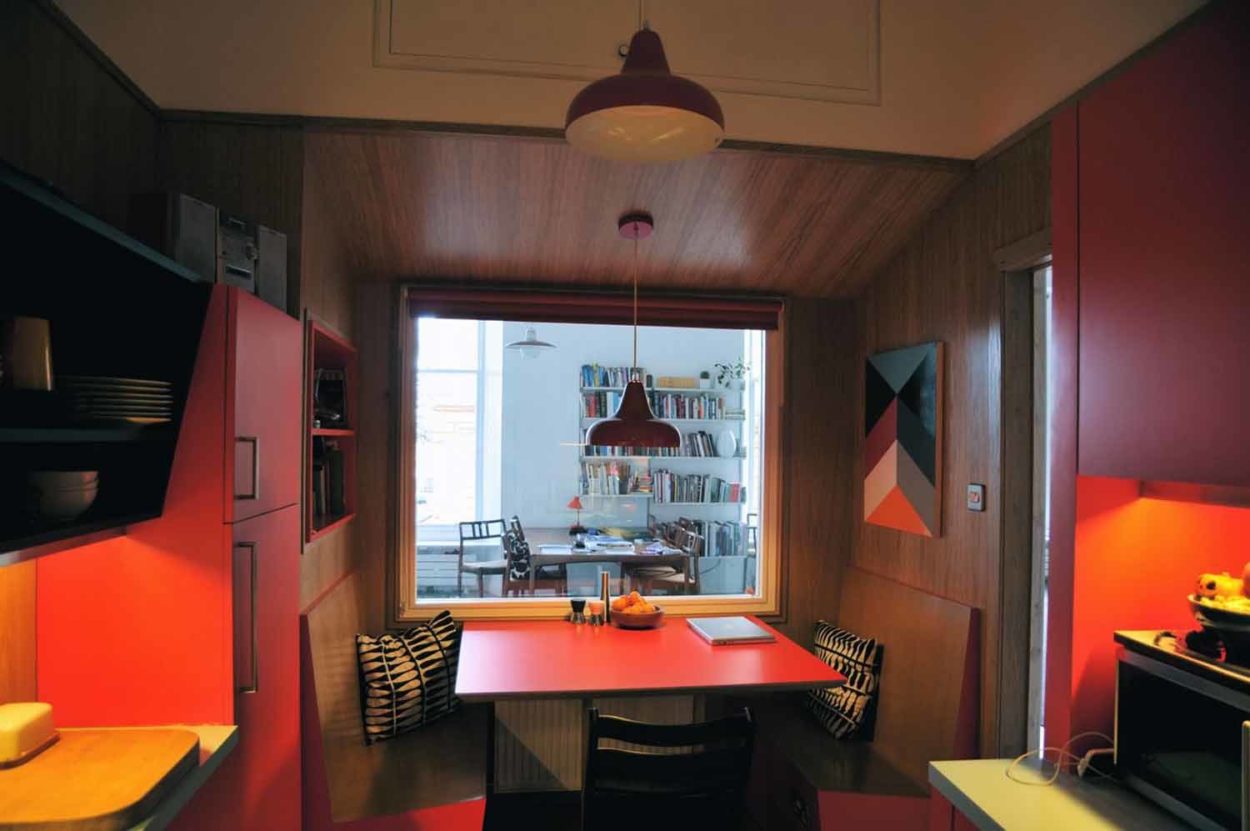 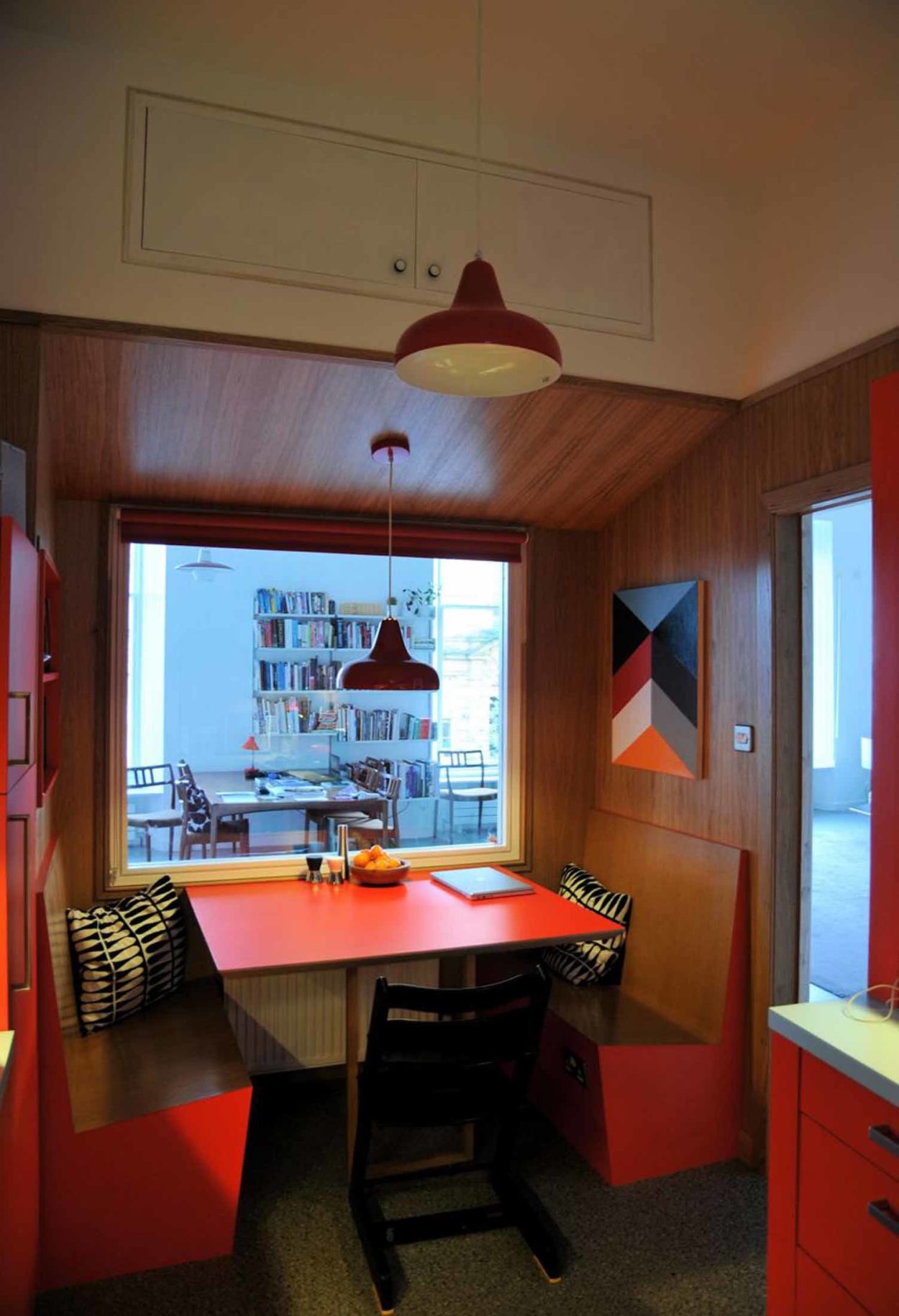 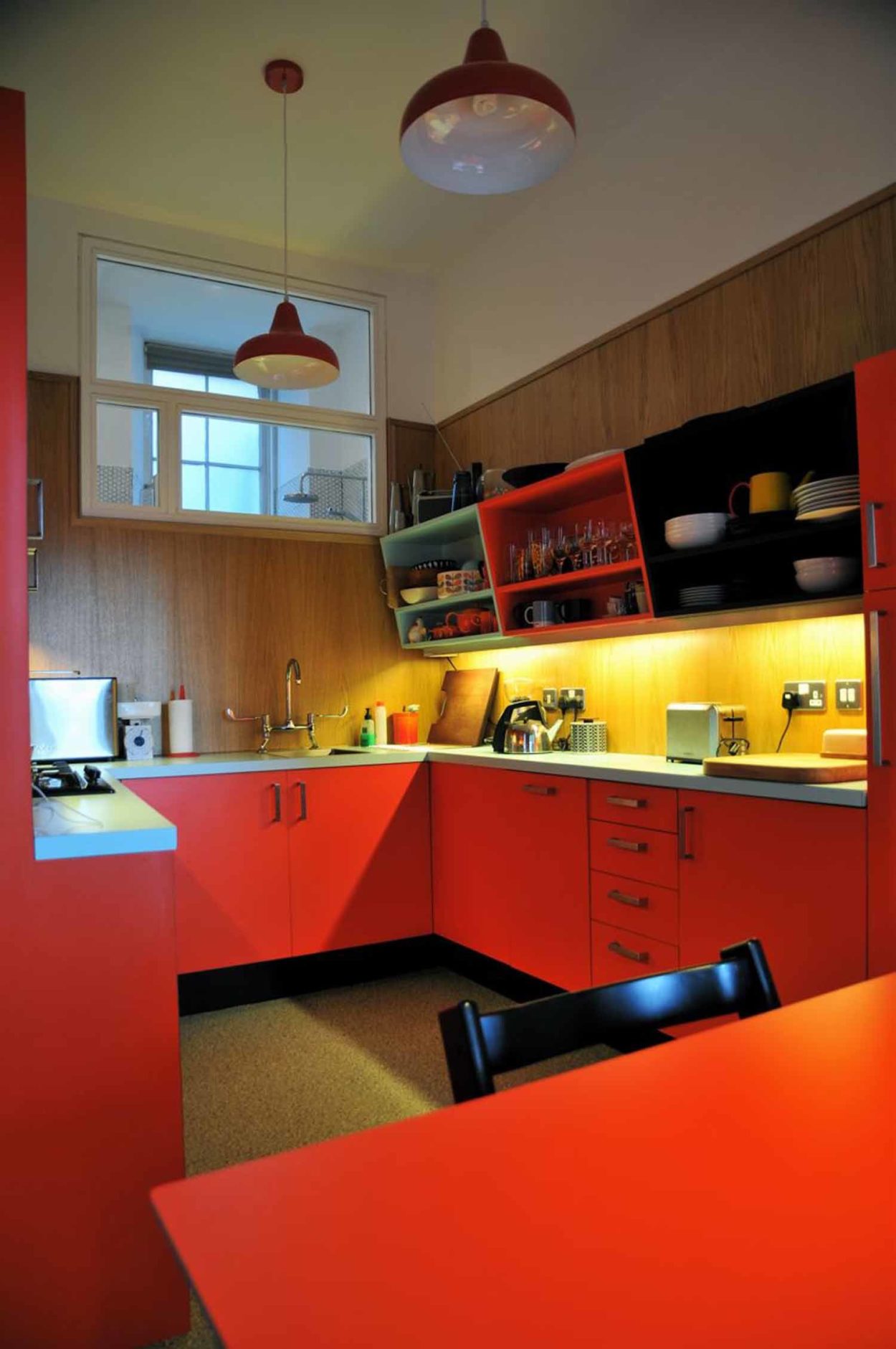