At every workshop it was abundantly clear how proud residents are of Anderston. The mural attempts to capture the pride evident in each generation. The Stage 3 students worked with school pupils and community groups to develop the ideas and design for the mural which has tapped into the rich history of the area. Each letter reflects an element of Andeston's past, present and future, with references to ship building, pottery factories, and the Comprehensive Redevelopment that took place in the 1960's. The mural also incorporates drawings by local school children, which were completed during the workshops. The mural was formally unveiled by Glasgow’s Lord Provost, Sadie Docherty.

The finished mural is testament to the group’s hard work in researching, consulting and ultimately designing an artwork that embodies Anderston’s past, present and future. 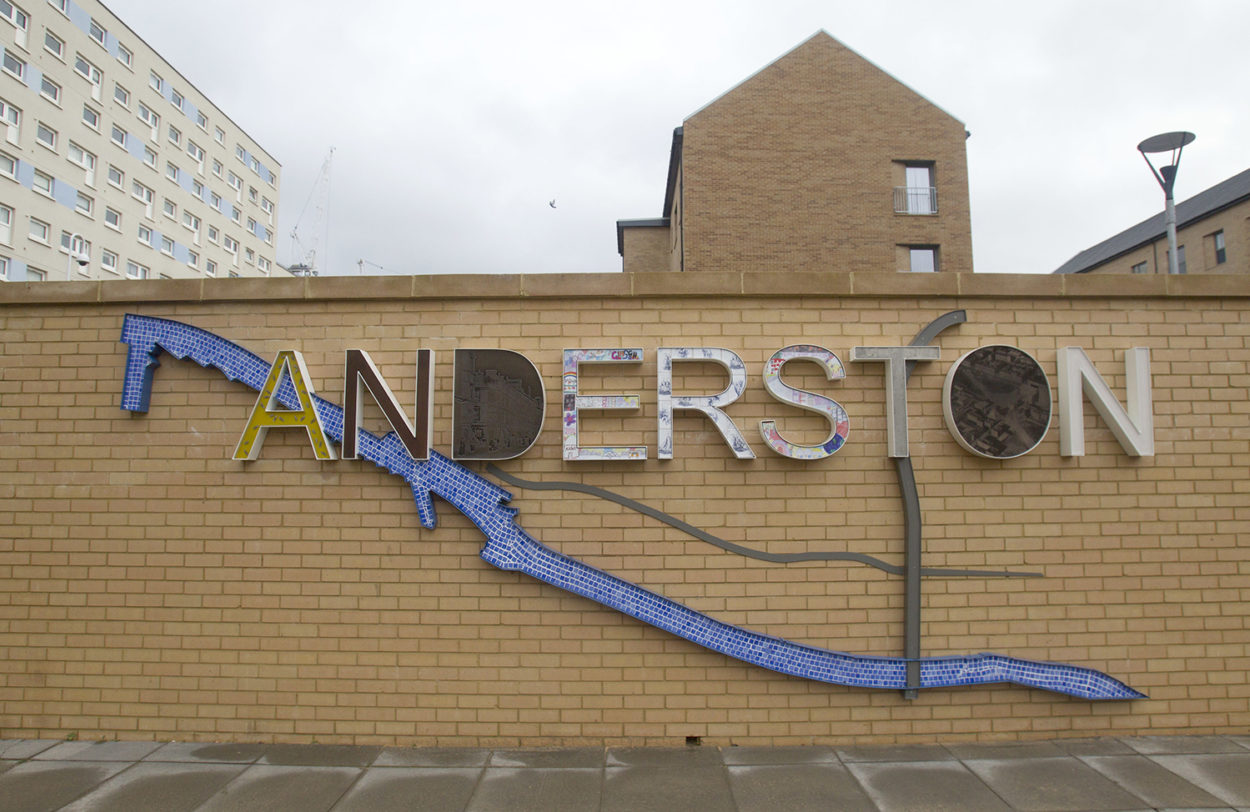 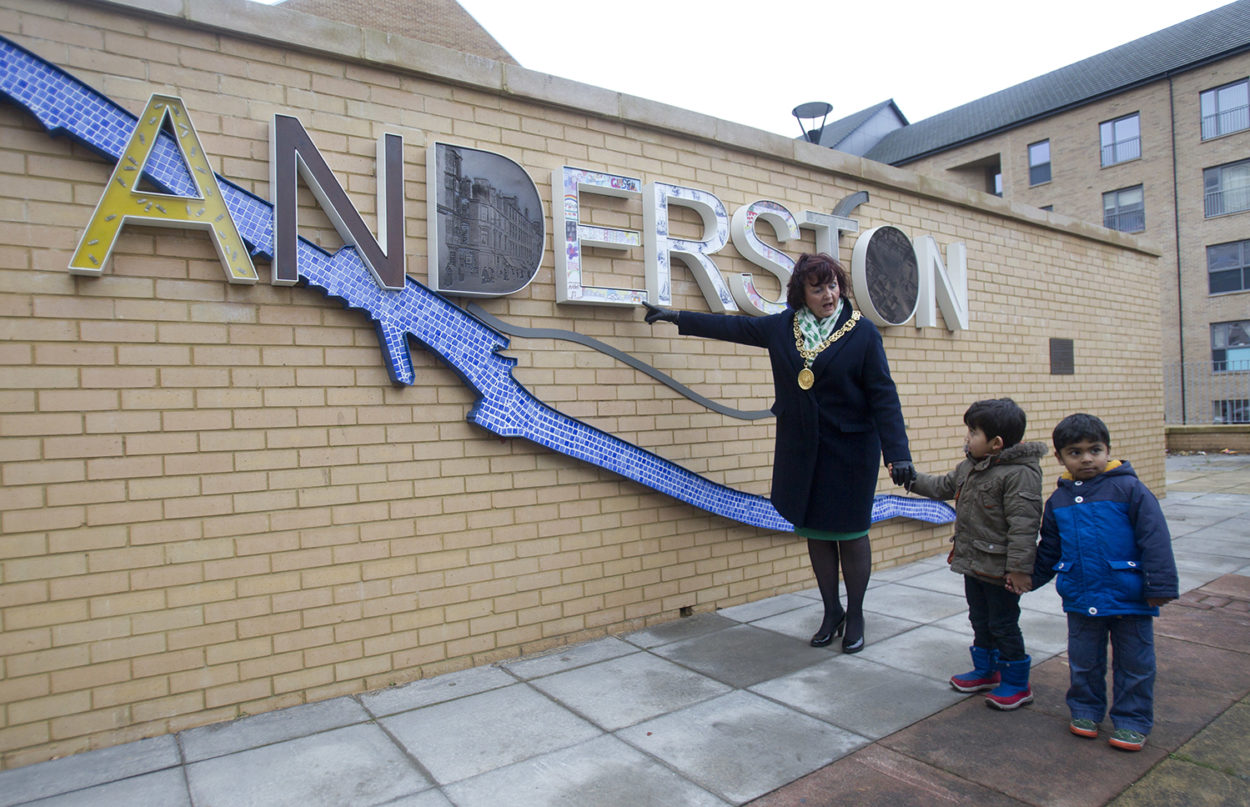 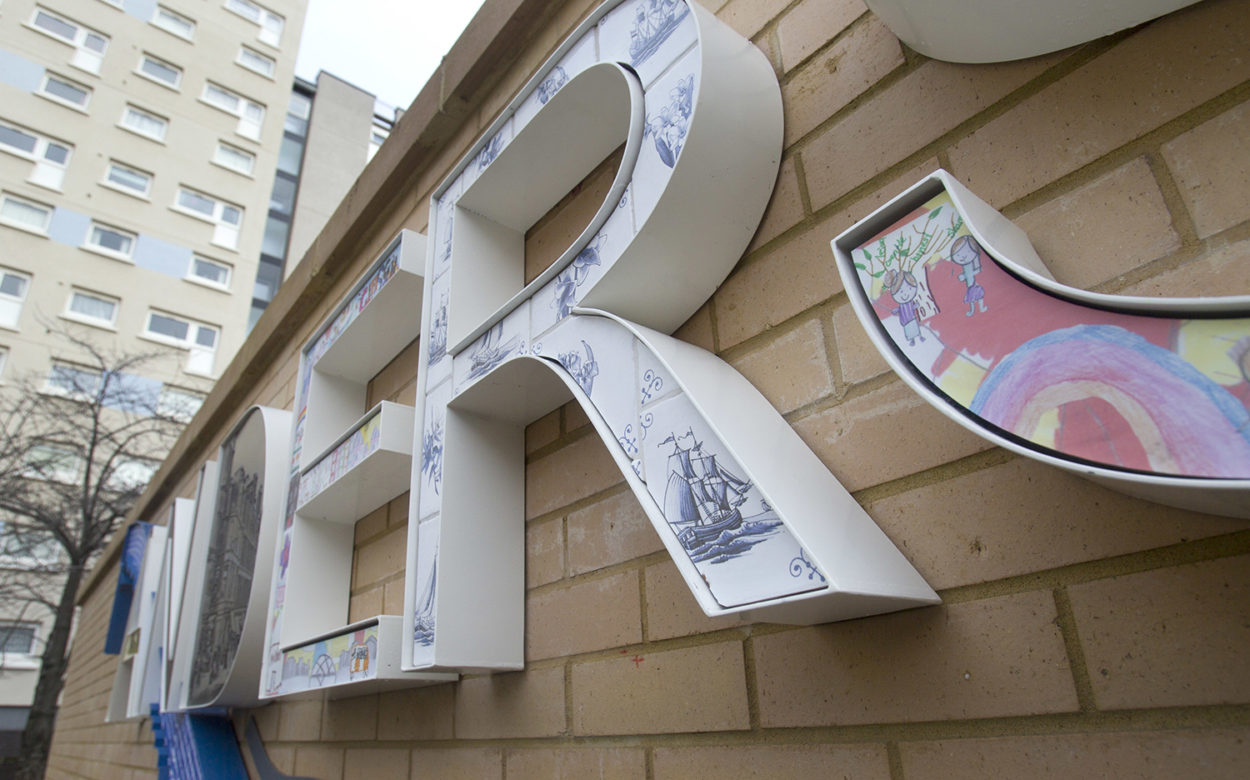 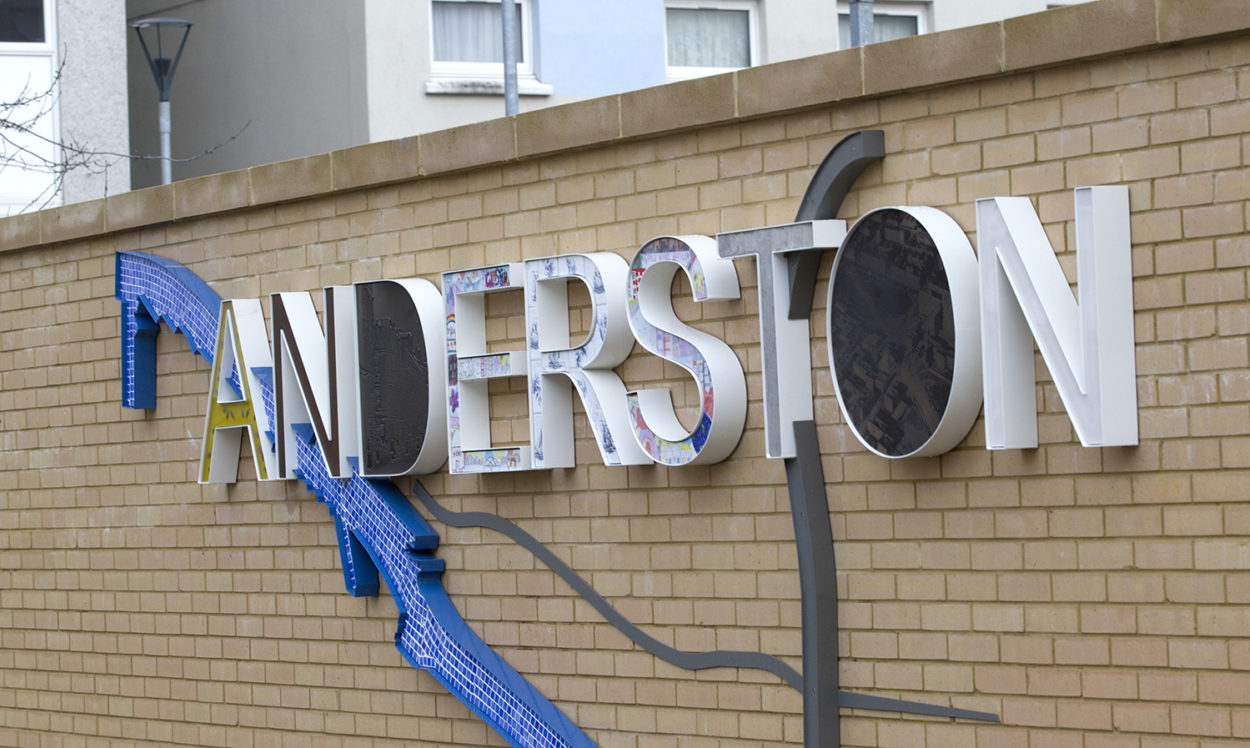 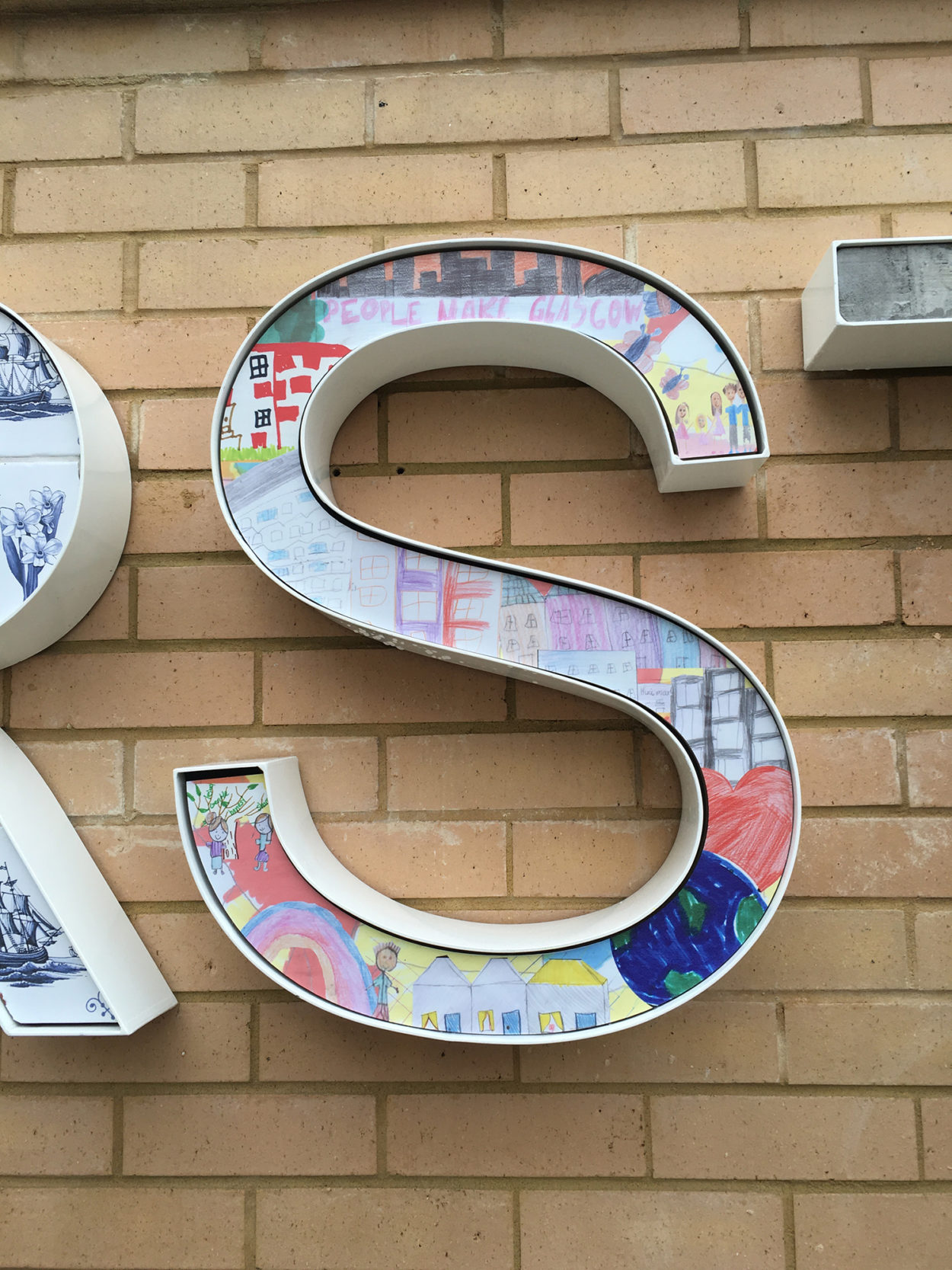 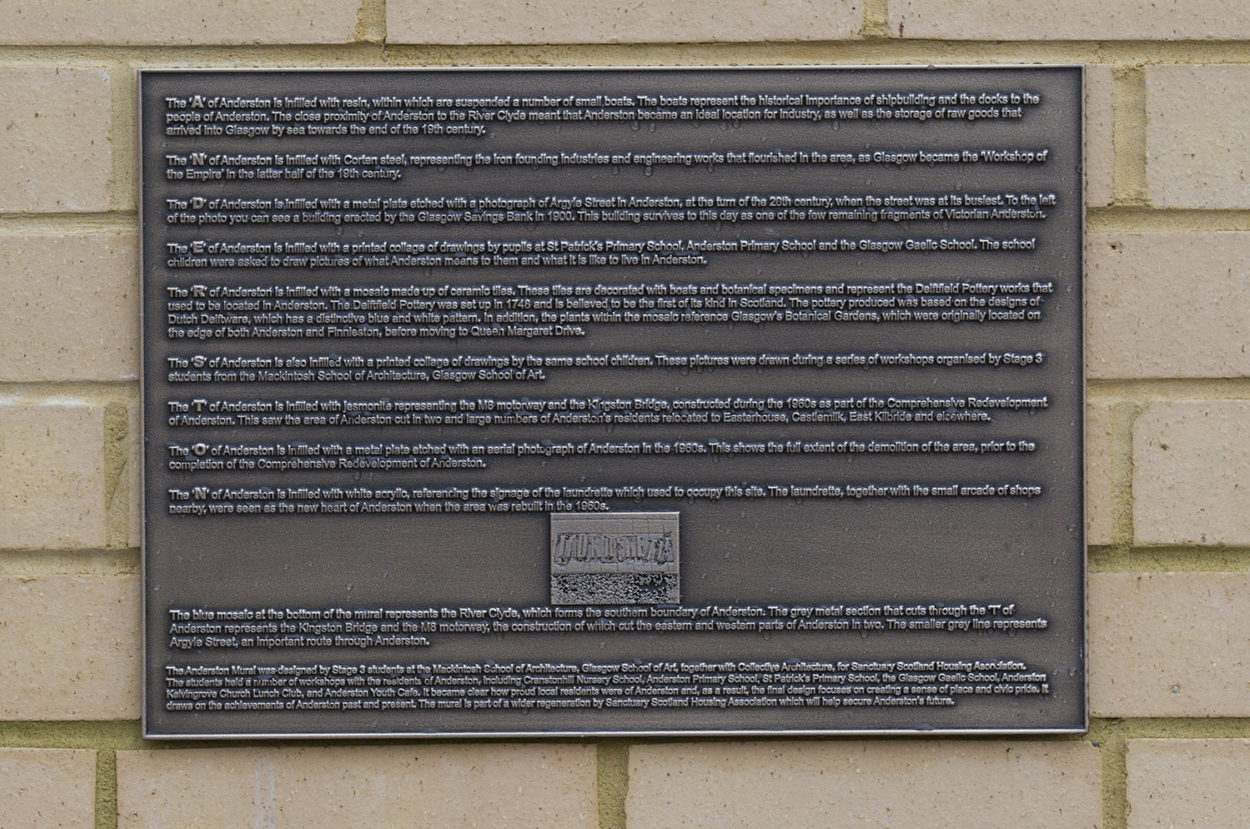 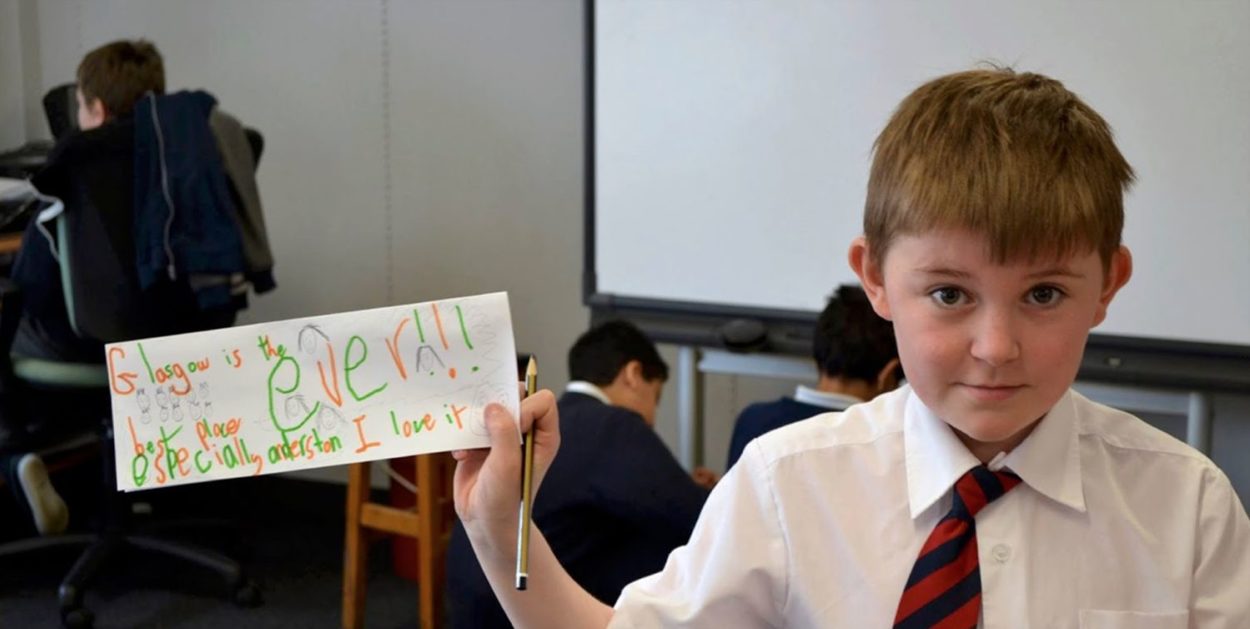 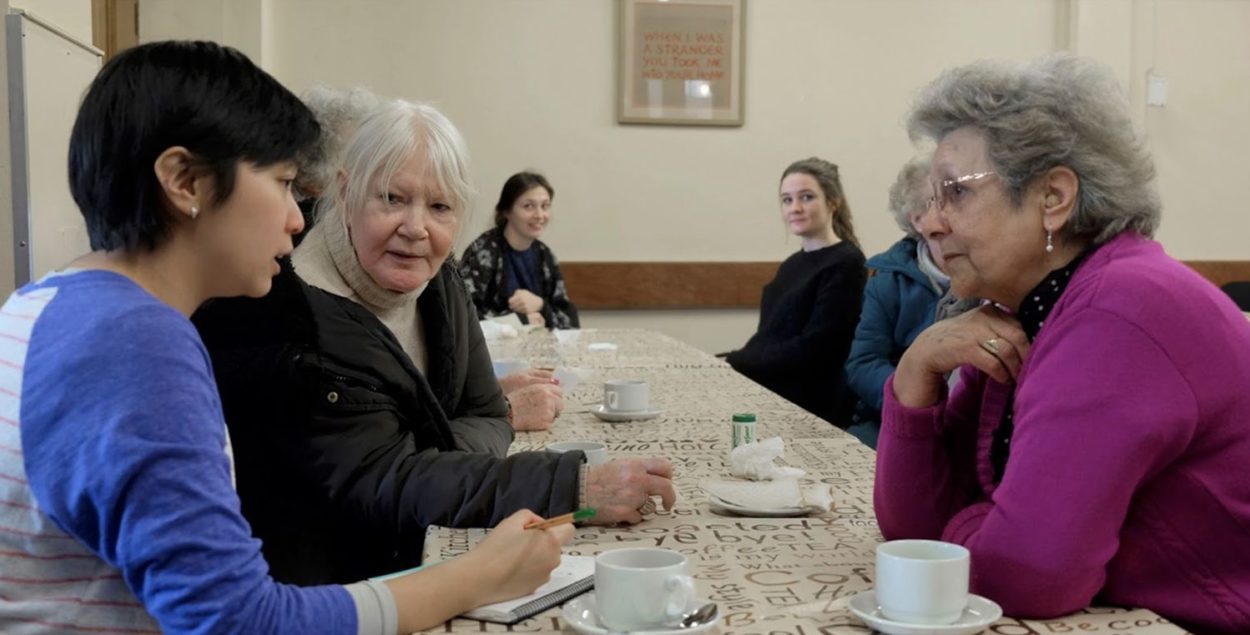 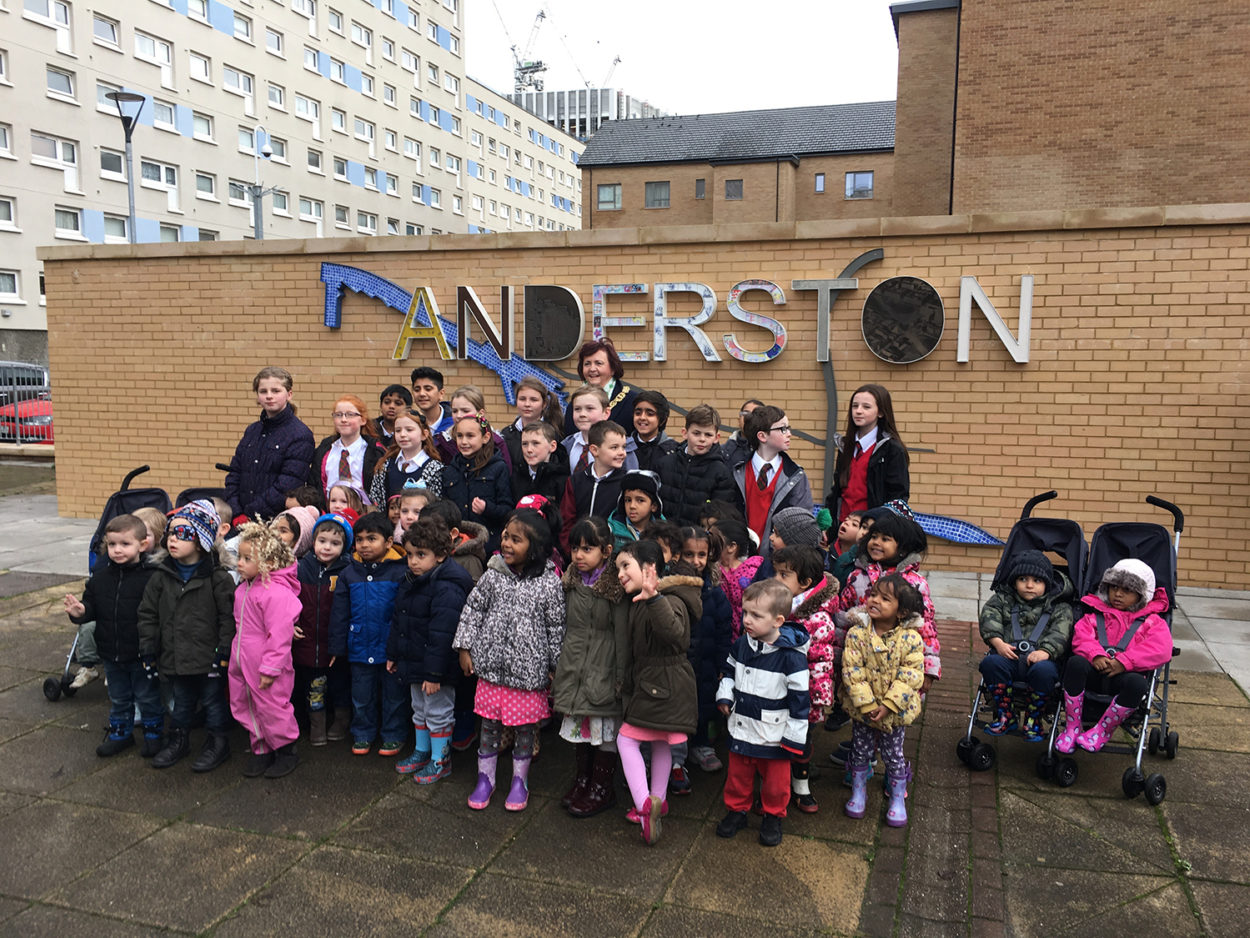