Motherwell is a town in transit. In its heyday it was the steel capital of the British empire but it has suffered from de-industrialisation as acutely as anywhere in the UK; when steel production ended the local economy collapsed and unemployment rose to record levels. In recent years extensive areas of the town have been cleared, modified and modernised; revitalising its industrial heritage and creating a platform for the future. The newest addition to the changing townscape is this housing development for social rent at 15-31 Dalziel Street.

The client, Lanarkshire Housing Association acquired the site with the aim to produce a scheme that can deliver good quality, affordable housing for the community. The building provides 26no. 1- and 2-bedroom flats, most of them with double aspects over partly 3 and partly 6 storeys with basement parking. A roof garden and a raised back courtyard will offer amenity space for all residents.

The building’s elevations are made almost entirely from brick. The design explores the potential of brick and animates the facade by stepping the massing of the building vertically, extruding the facade horizontally and by using bricks that vary in colour, texture and detail. The facade is further animated through varying the size and position of windows, generating a rich composition of multiple patterns. The reflections of the glass in conjunction with the grey appearance of the window balustrades seem to connect the building with the sky whereas the heavier brick positions the building in the street.

The resulting building is solid, prominent and playful. It reinstates the edge of an urban block, links to historical development patterns as well as the contemporary centre and strengthens the poorly defined open space to the front by creating an ensemble of key buildings with the historic Co-operative headquarters and the new Council Offices opposite. 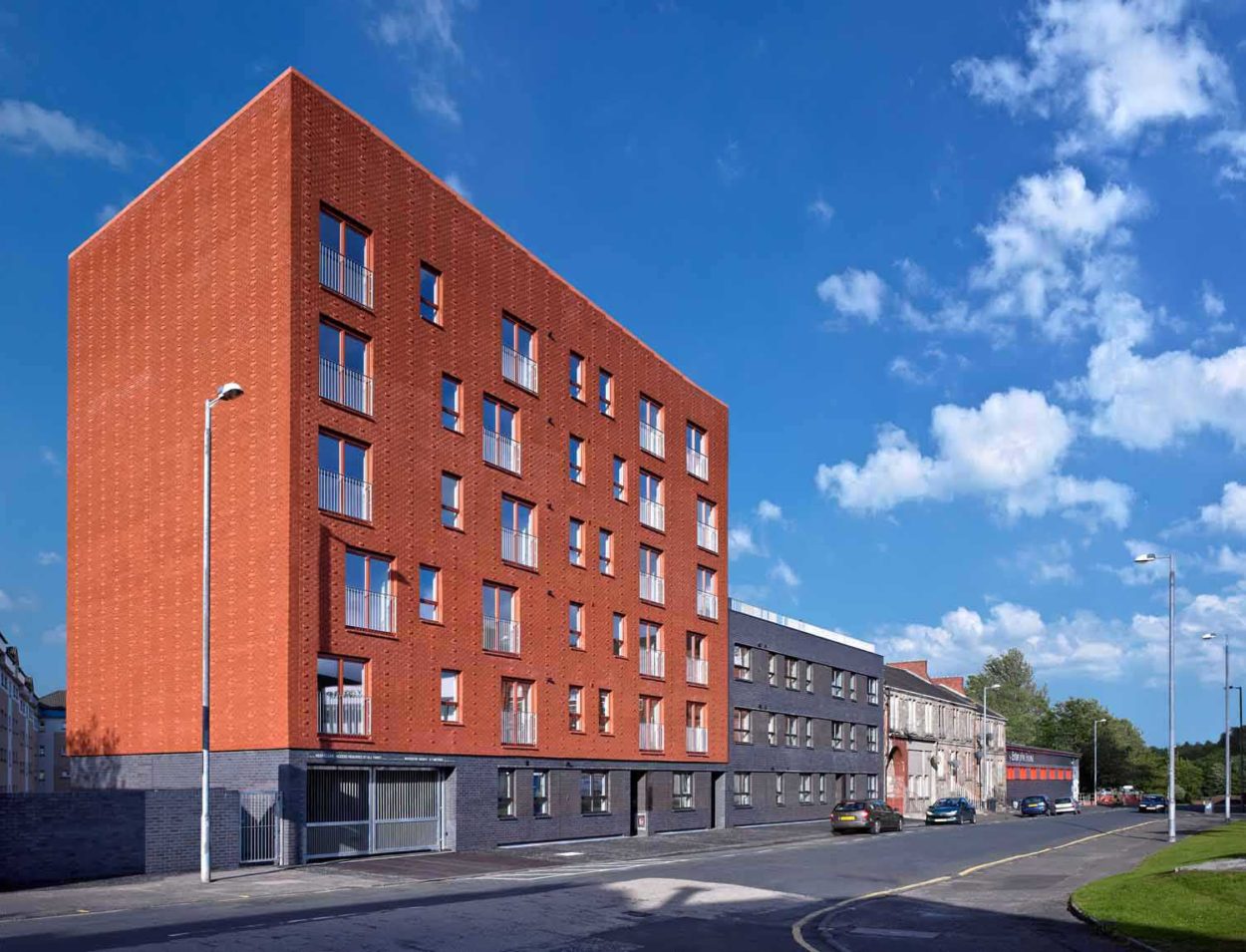 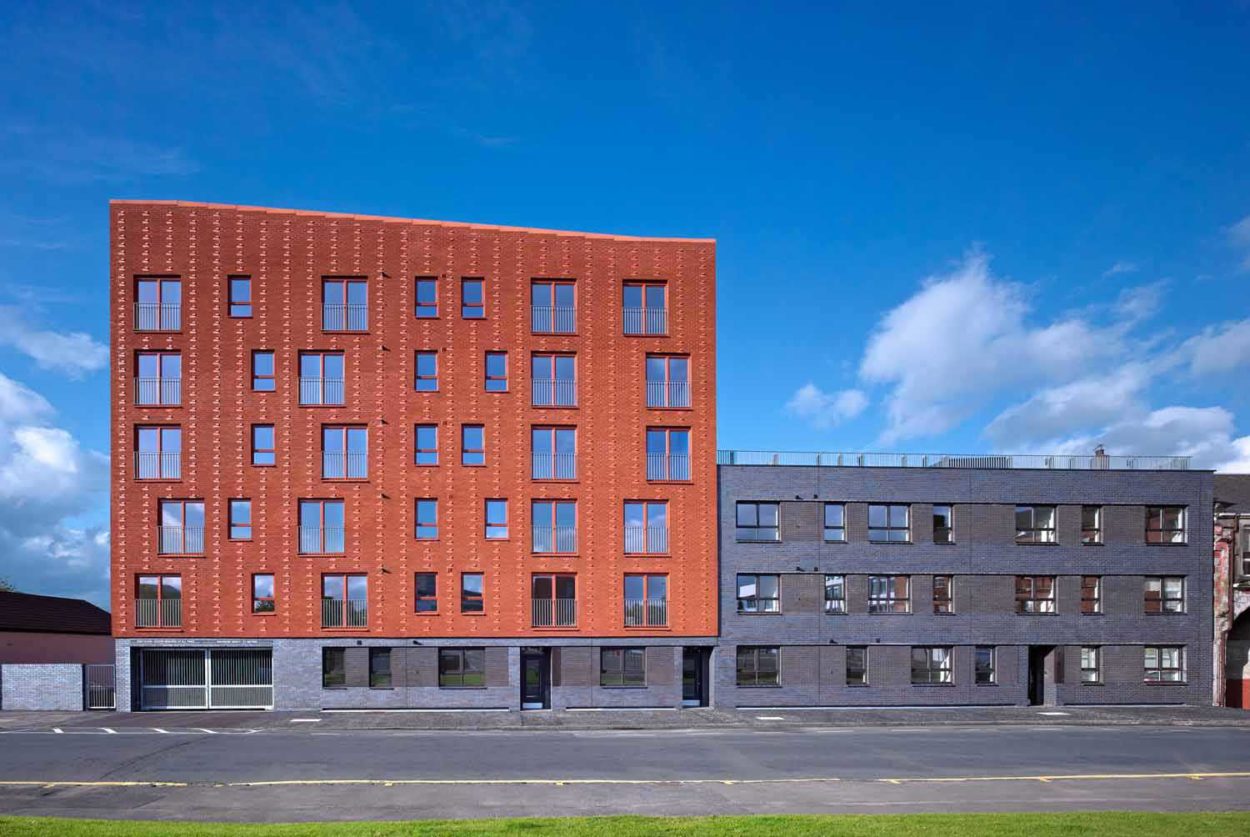 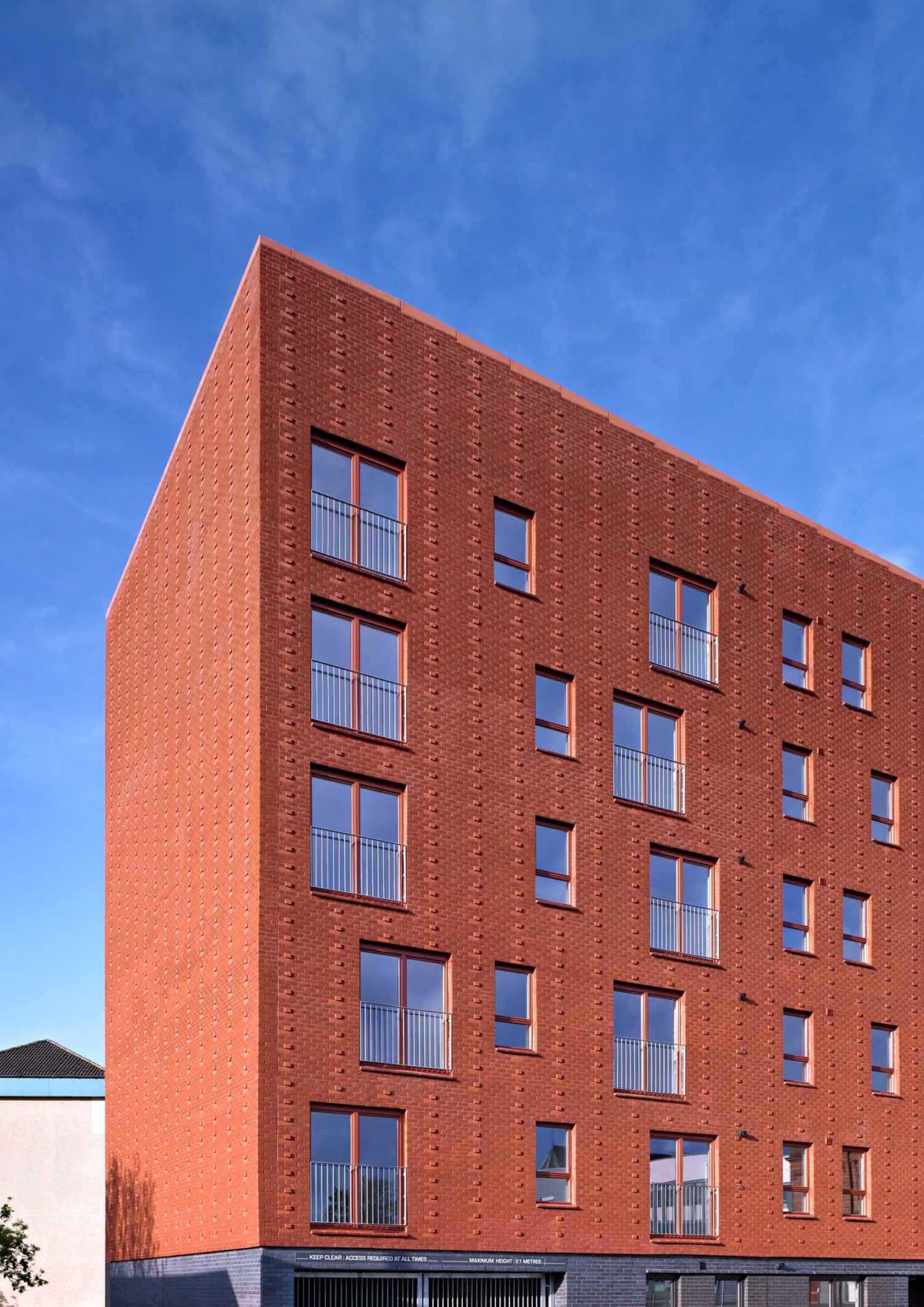 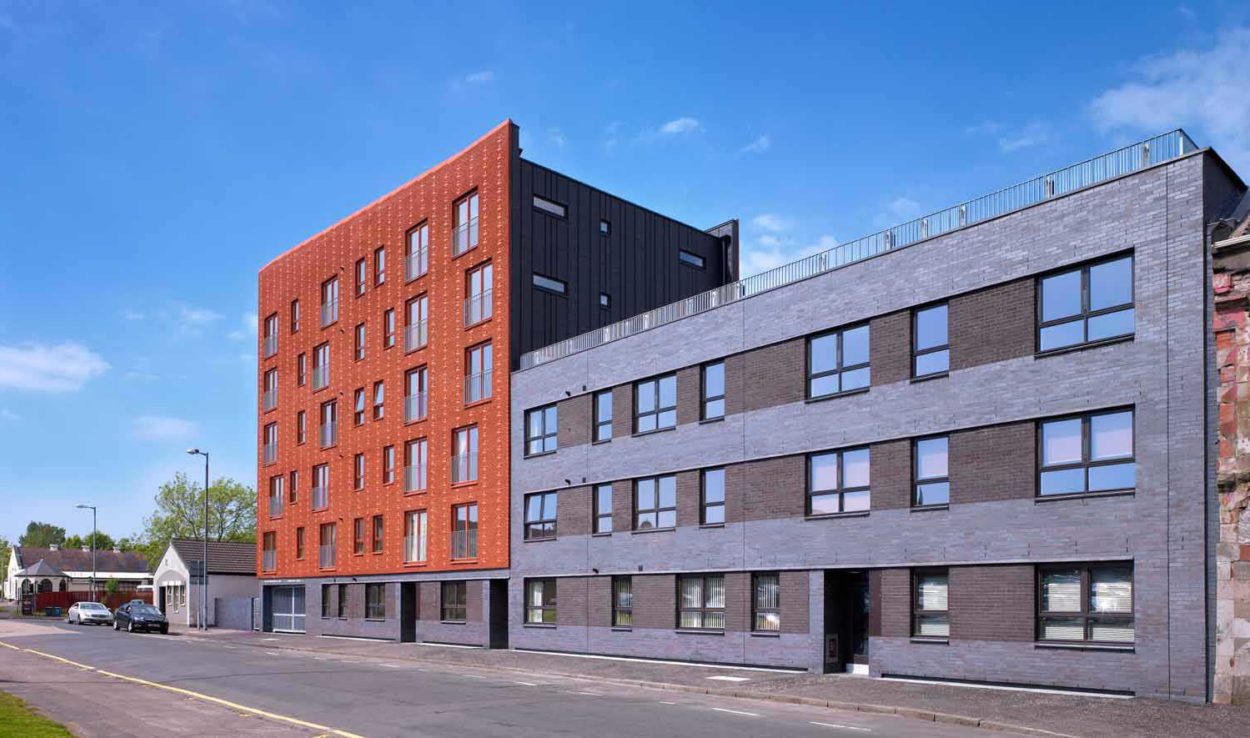 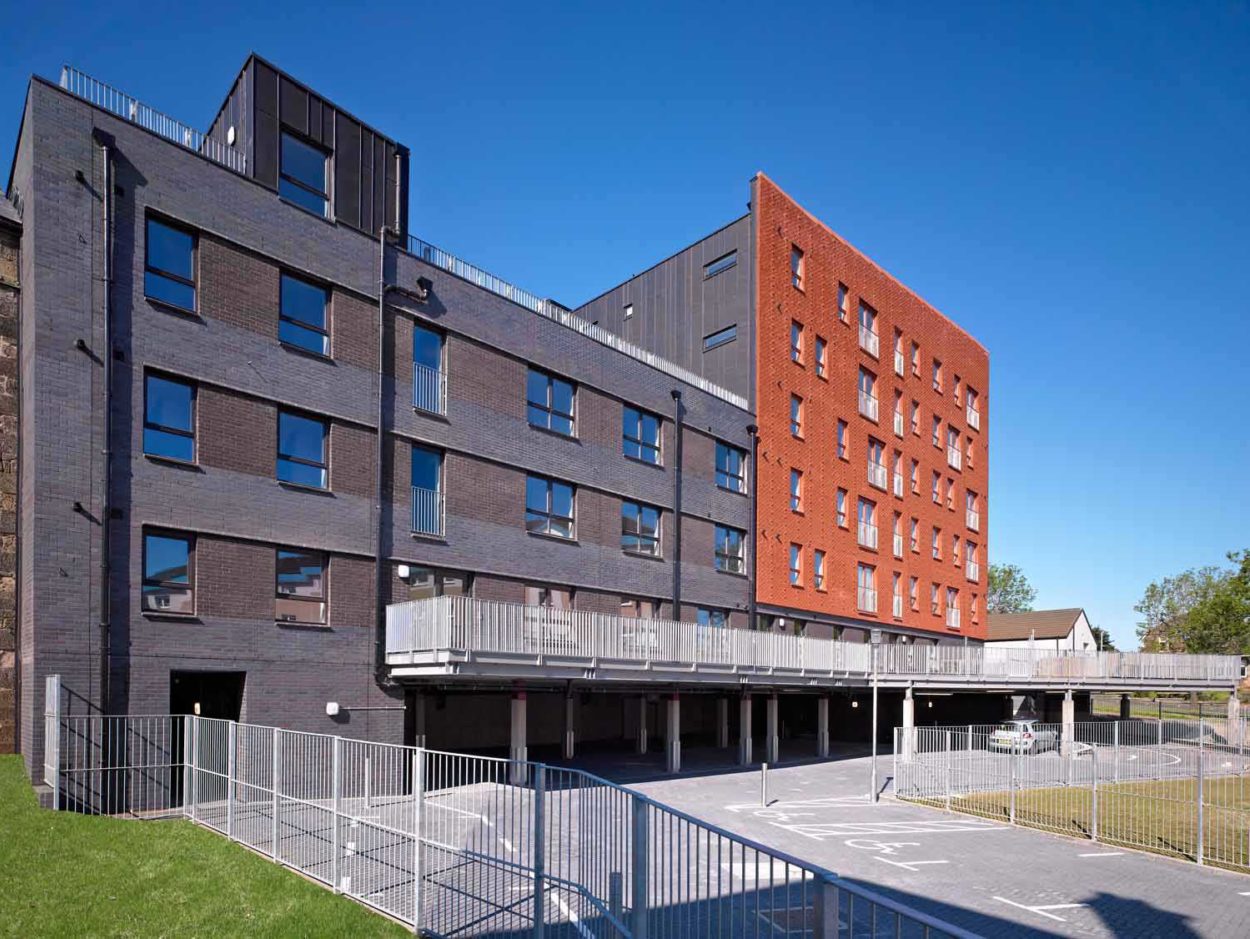 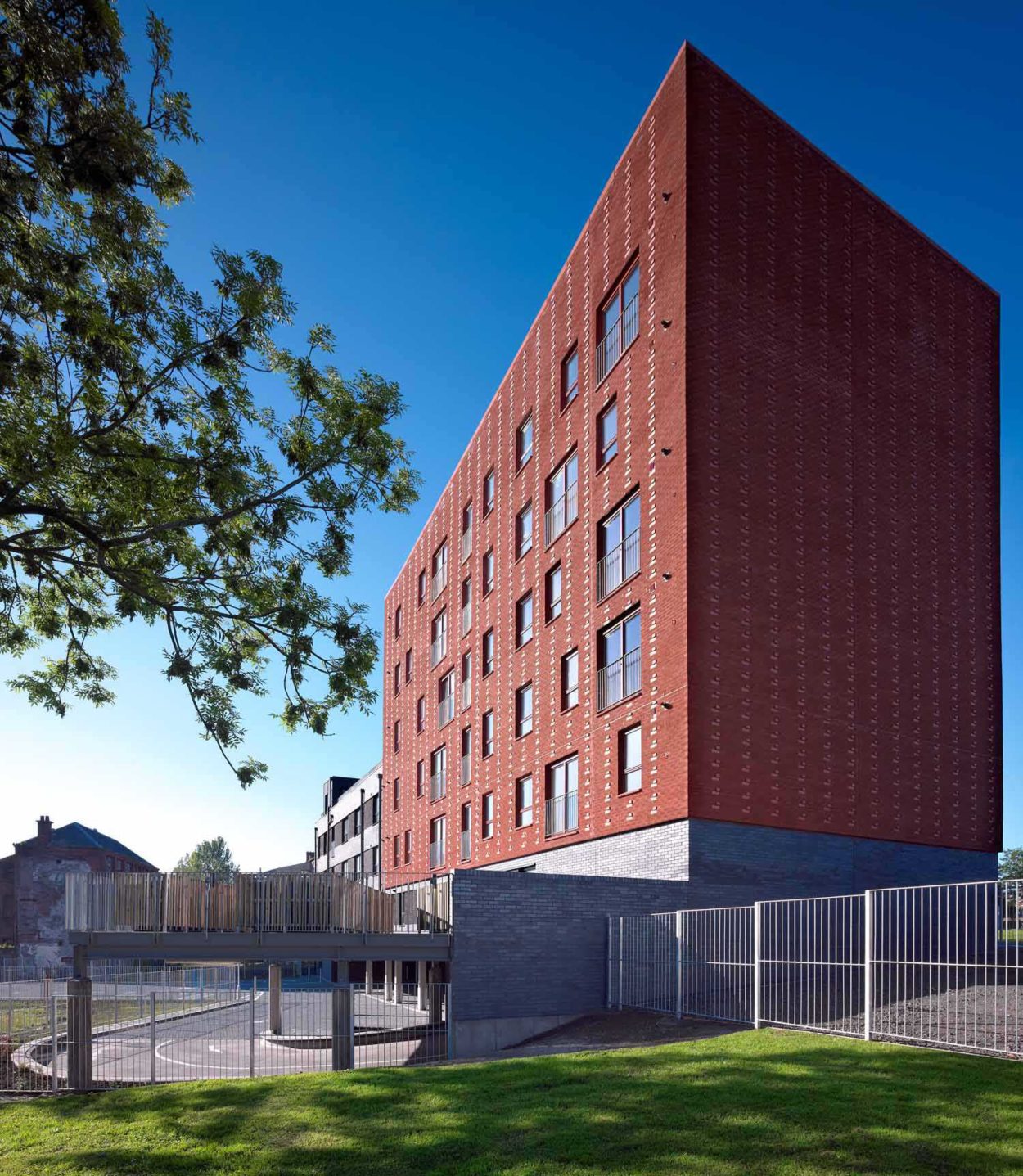 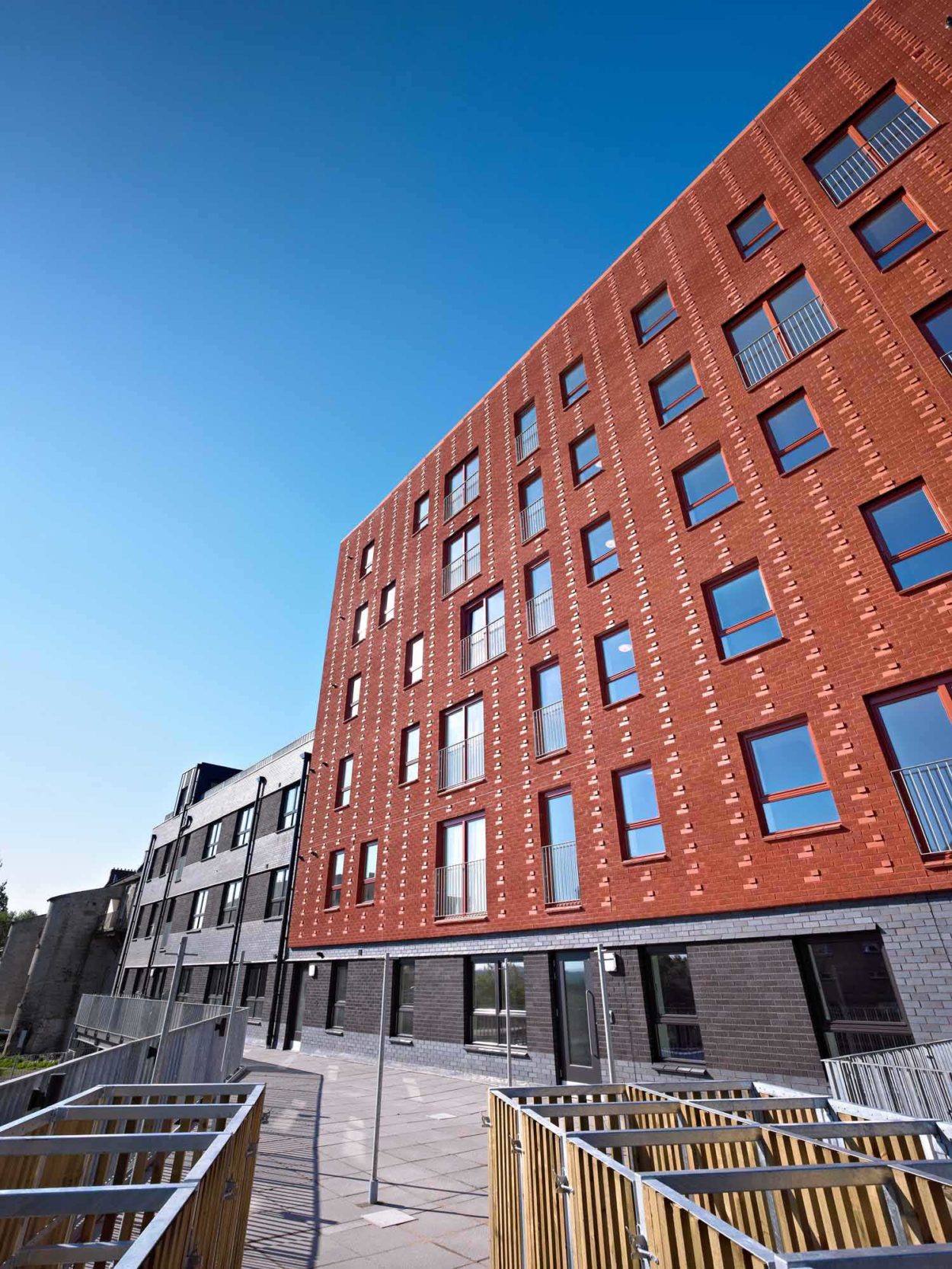 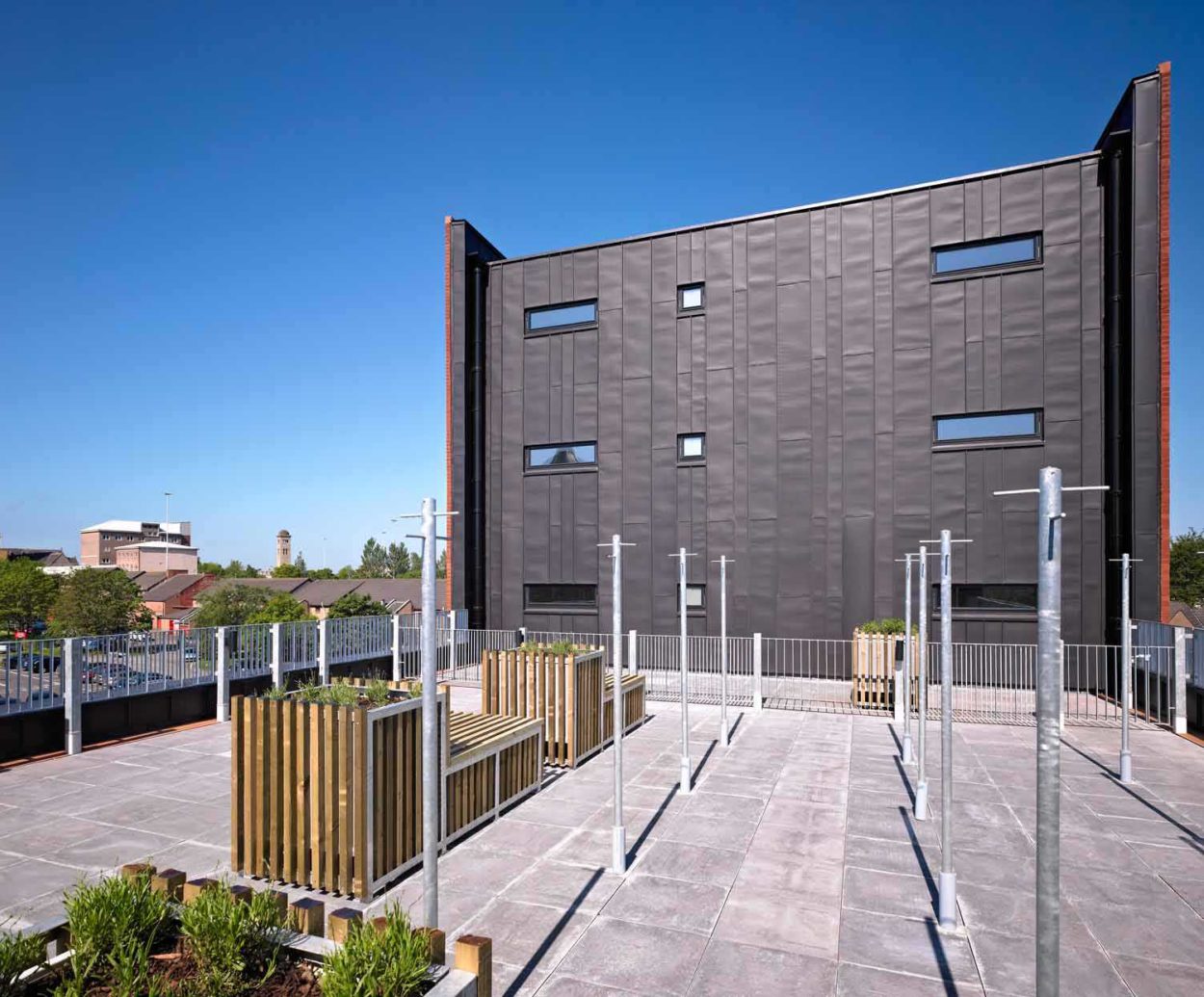