Collective Architecture have developed the proposals for 89 new homes, regenerating a prominent brownfield site on the outskirts of Dumfries. A structured plan integrates active travel routes into a network of generous open spaces, making use of existing mature landscaping and views. DGHP aspires for the development to encourage residents to live sustainably with ease of habit and the contribution of accessible green space and biodiversity aims to improve health and wellbeing.

Within the challenging existing urban context, the design team has created a distinct new place which repairs the fragmented urban edge along the prominent A701 trunk road. The project has been developed to tie together this disparate context which varies from hard edged roads to pastoral landscape; quarry workers cottages to typical suburbia; and commercial warehouses to white farm buildings.

The overarching design principle is the creation of a new network of green routes which separate cars and pedestrians, and places an emphasis on the wellbeing potential of active travel choices and close contact with a natural setting. The proposed approach to Curries Yard forms a grid of green routes running north-south and east-west through the site with significant opportunities to connect into existing and future travel networks. These routes are supplemented with a ‘green-blue’ approach to SUDs and landscaping, with utilisation of new and existing landscape features providing a strong sense of place.

The proposals efficient, ‘designing streets’ layout minimises roads and maximises spaces for people. Separation of vehicle routes from active travel corridors allows the creation of a singular route into the site, serving a series of back court areas for parking and communal activity. The new north-south street acts as a new ‘High Street’ within the development with small squares created at its intersection with the east-west green routes. The back courts complete the site approach, with these envisaged as active, well loved and well used community spaces.

The house design has been developed to produce a domestic architecture which explores familiar forms and elements to create a recognisable, suburban, place. This has evolved from a close reading of the existing vernacular context, historic housing precedents and contemporary housing best practice.

A restrained palette of house types, semi-detached and terraced, create the well defined, pedestrian orientated streets. The internal arrangements create differing aspects, with each type having a different relationship to street and courtyard – for example, some kitchens orientate to the street and others to the back garden. A three storey house is introduced along key routes and at prominent corners to create gateways or way finders through the grid of green routes. Each block type has been carefully crafted to provide repetition to street and courtyard elevations. A series of small civic squares at key street junctions become opportunities for social activity or play, the expressive gables mimicking the relaxed nature of communal life. 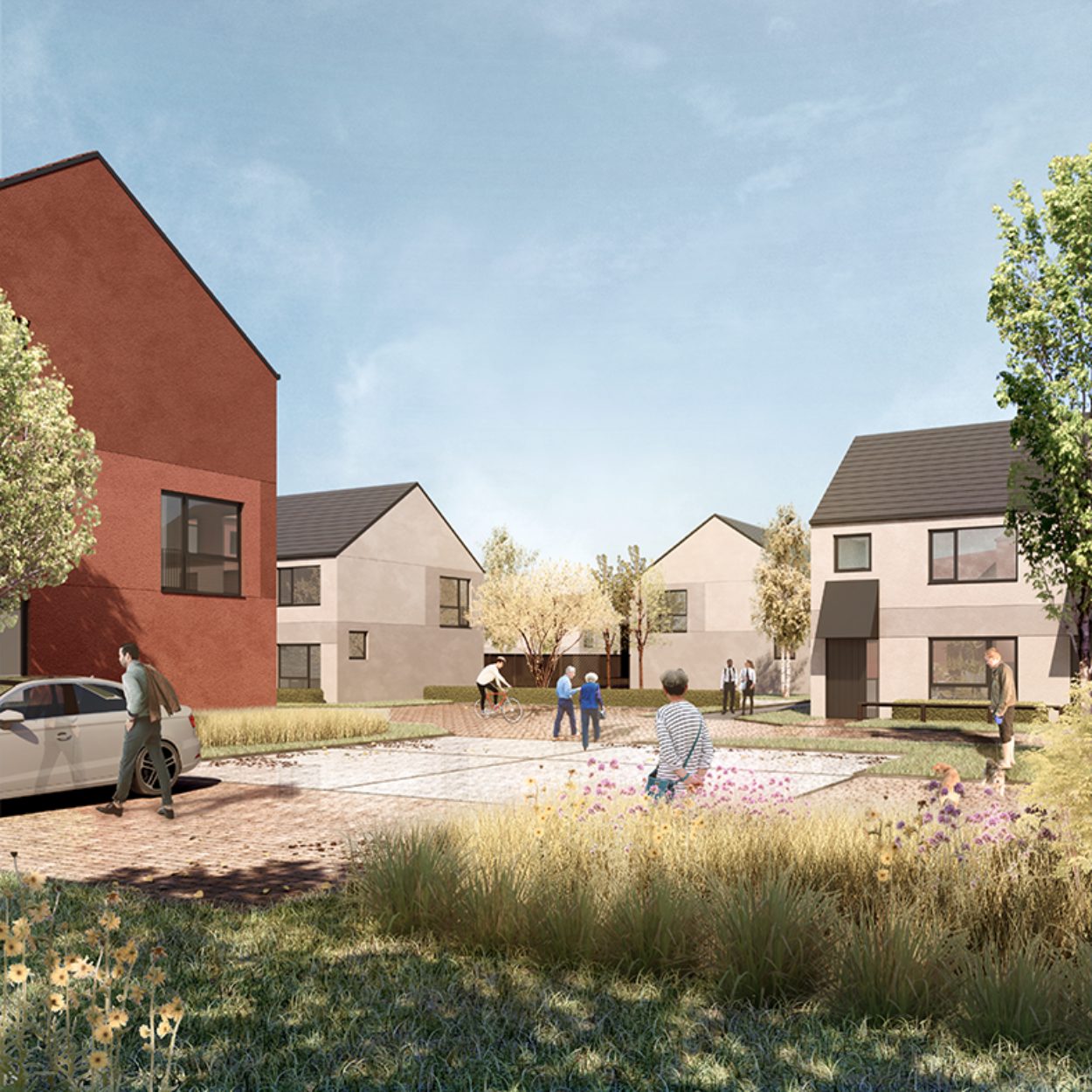 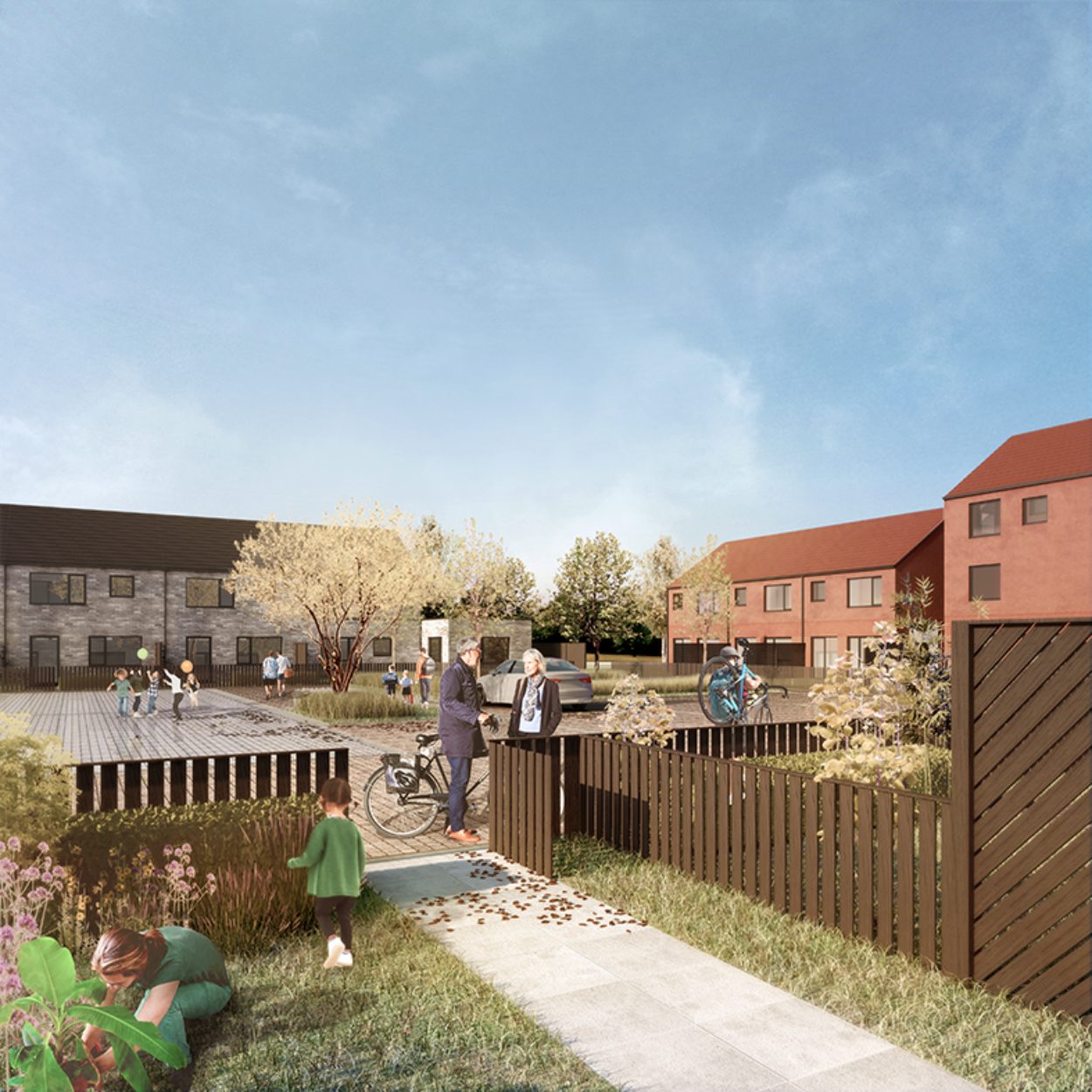 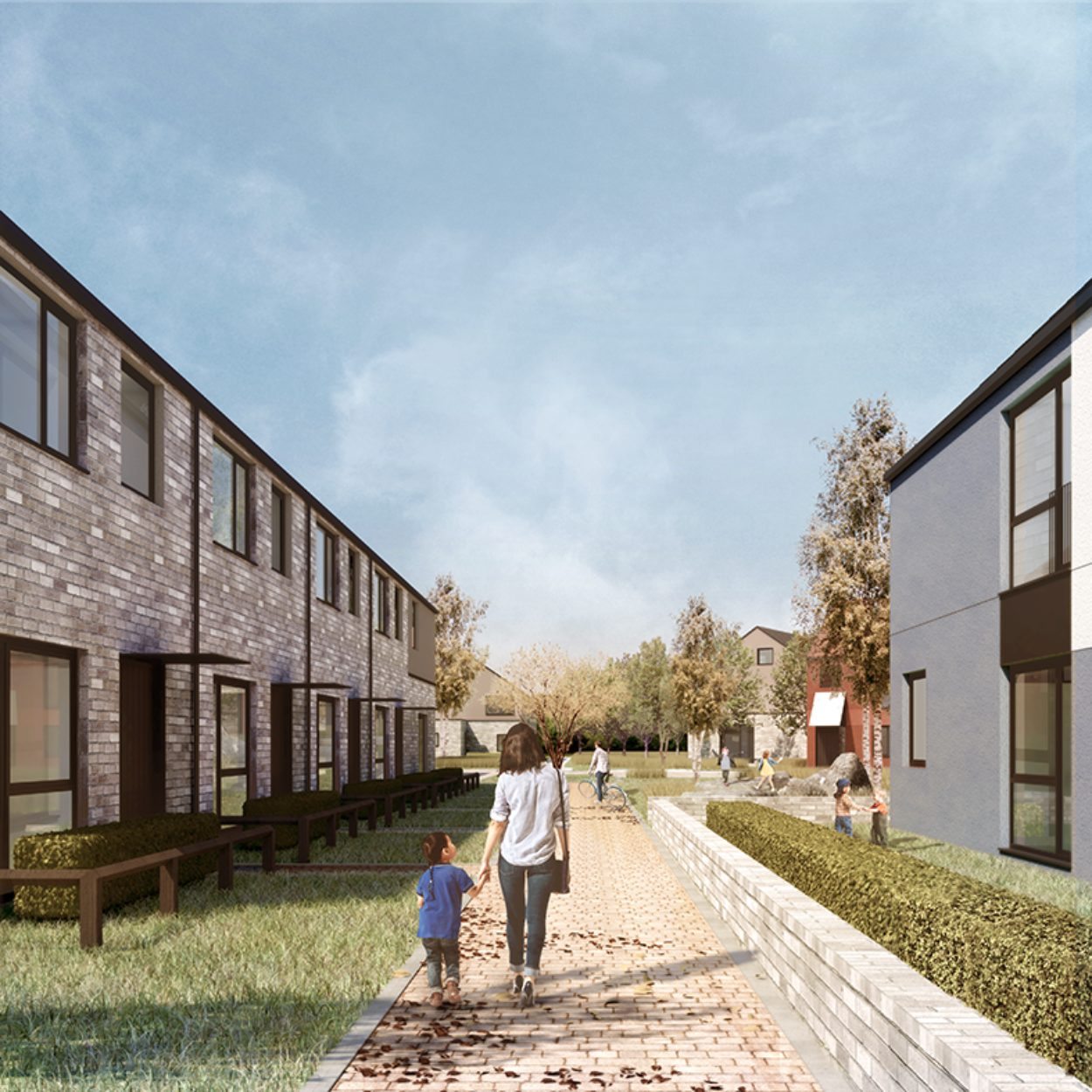 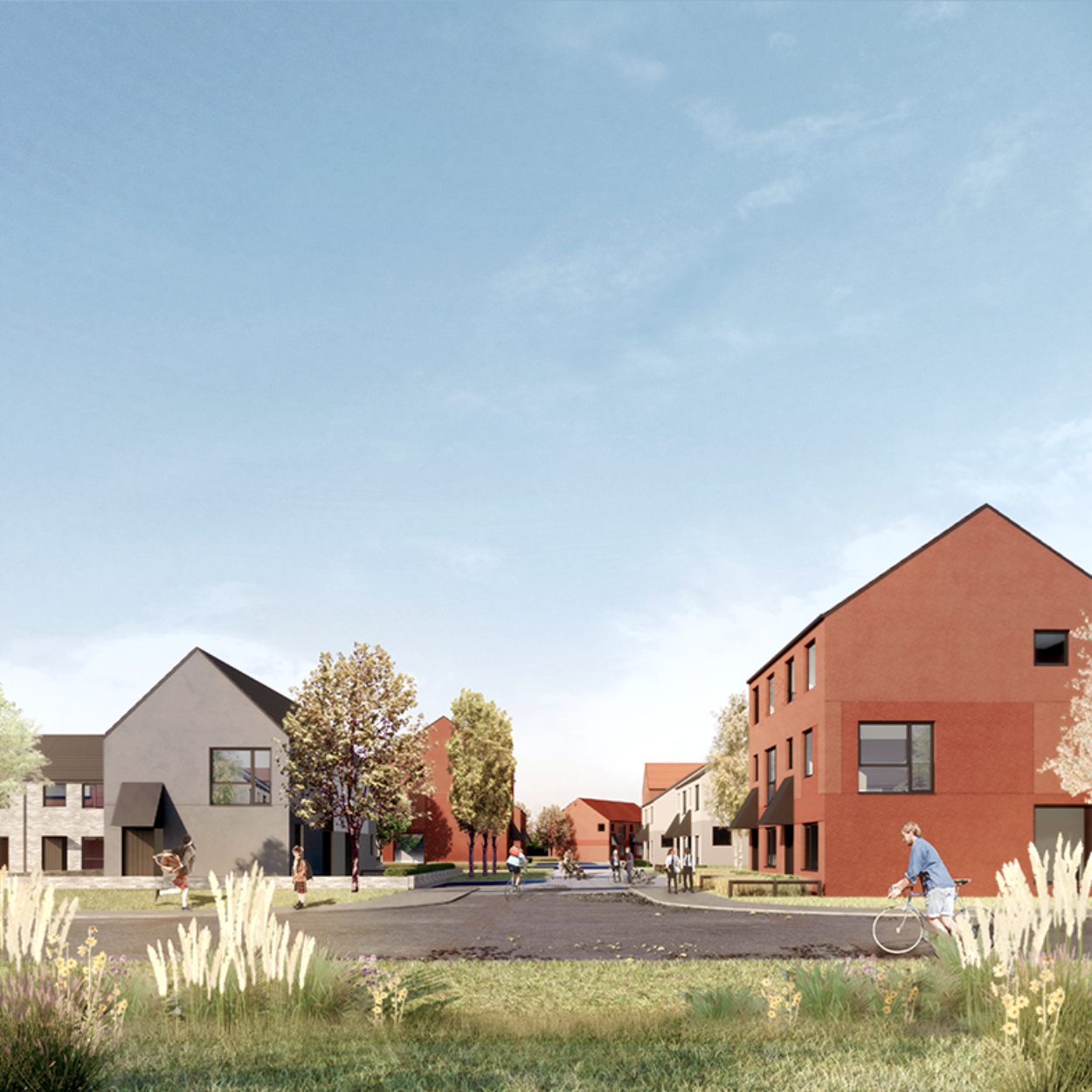