This unique Grade B Listed building constructed in 1896-98 was designed by A. W. Wheatley to house the City Cleansing Department's horses, carts and equipment. The building was substantially altered in 1955 to provide a separate entrance to serve the police who then shared the building with cleansing until the 1980s.

Externally the building presents a modest attractive façade but it is the internal organisation and circulation which are remarkable. The building has a cobbled courtyard, a large scale horse ramp to all floors and cobbled external gangways on the West courtyard side which gave horses access to stables at first, second and third floor.

The buildings original spatial organisation and construction varies according to its original industrial functional: with the South Block ostensibly for storage of hay and fodder – with a columned bond warehouse type construction; the West wing comprised the stables with capacity for up to around 80 horses including a fouling suite; and the North Block containng the administrative / staff functions with a caretakers flat at the top accessed via a separate entrance from Bell Street.

Following a feasibility study the building was purchased by GHA and the brief was to convert the building to form 52 mid-market affordable rented flats.

From the early design stages Collective sought to retain the remarkable circulation system and courtyard as the key elements in the history and character of the building. A car free development was agreed early on with planning to preserve the courtyard and the layouts developed to retain the large volume of the horse ramp. The new main access stair now gently climbs within the volume of the horse ramp, and the existing gangways are re-purposed for the tenants as generous access balconies. The balcony circulation was extended to the South courtyard elevation to create an intimate sheltered courtyard and allowing one external lift placed in the corner, with staggered entrances, to serve the majority of the flats without disturbing the internal historic fabric.

The variance in original function and construction coupled with the poor state of repair and the need to reverse some of the works carried out in the 1955 posed many challenges and opportunities in the conversion. The building condition was mixed with the massive masonry structure – engineered for horses – ample for the reduced loads of a domestic property. The roof and rain water drainage though was in extremely bad condition and the majority of the parapets needed to be rebuilt; most truss ends had to be removed and repaired and the whole lead parapet gutter system had to be re-built.

The completed building utilises many of the fitments that were remarkably still in the building with original stable stalls repurposed to form screens in the courtyard and timbers re-used to build the external lean to bike store. The resulting building remains focused on the courtyard and gangway circulation but the space has transformed from a noisy industrial space to a quiet sheltered residential space with clear links to it industrial past. 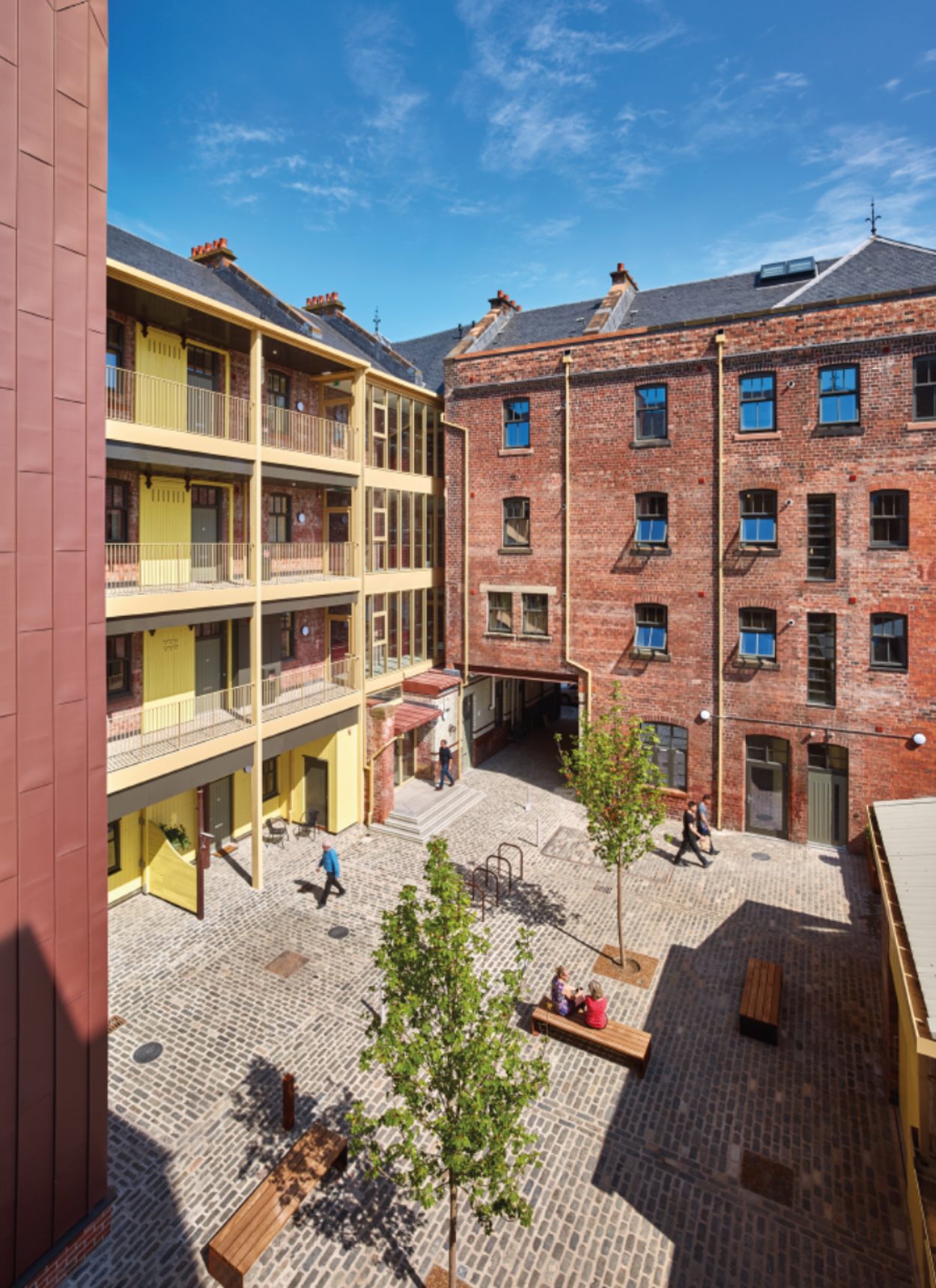 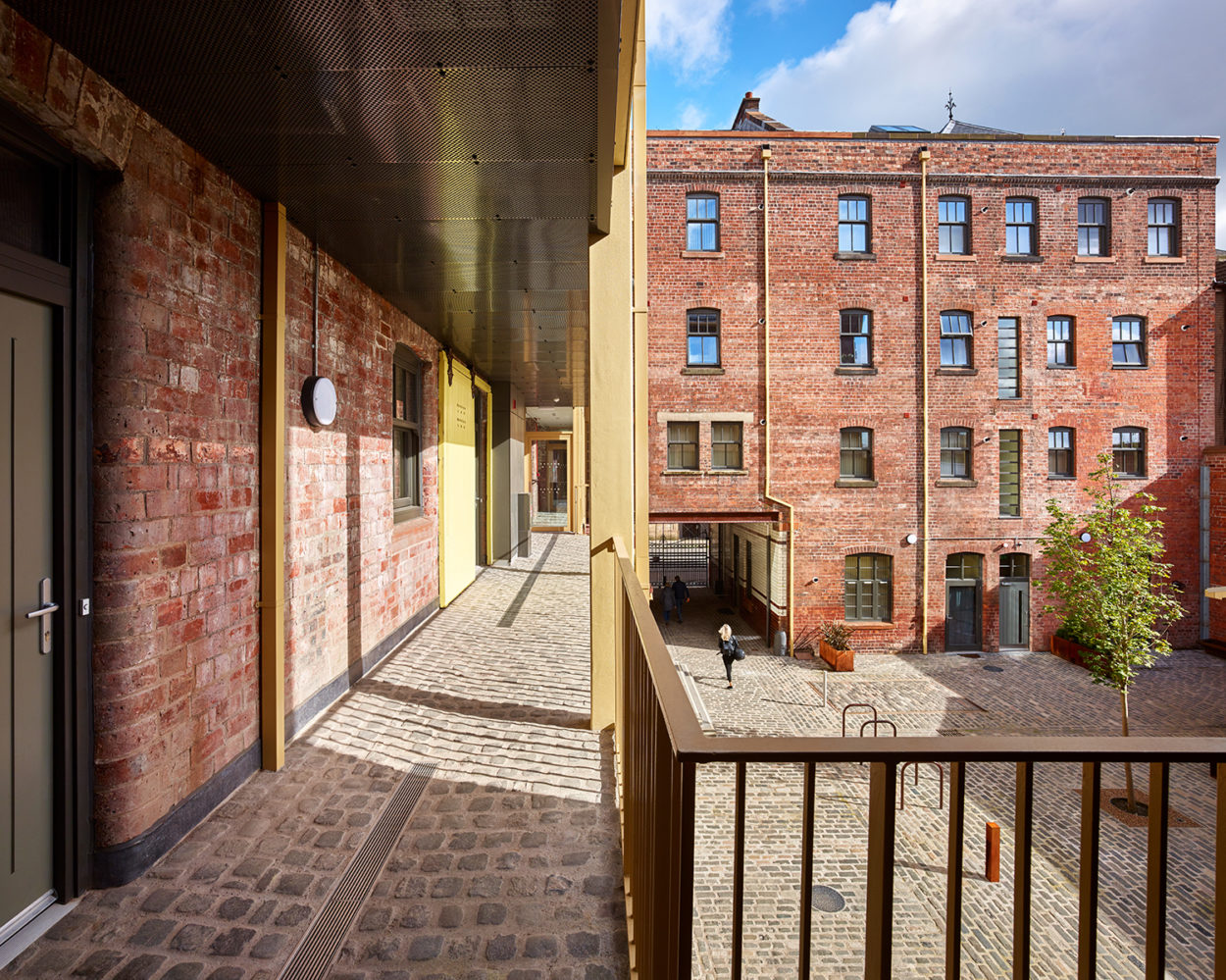 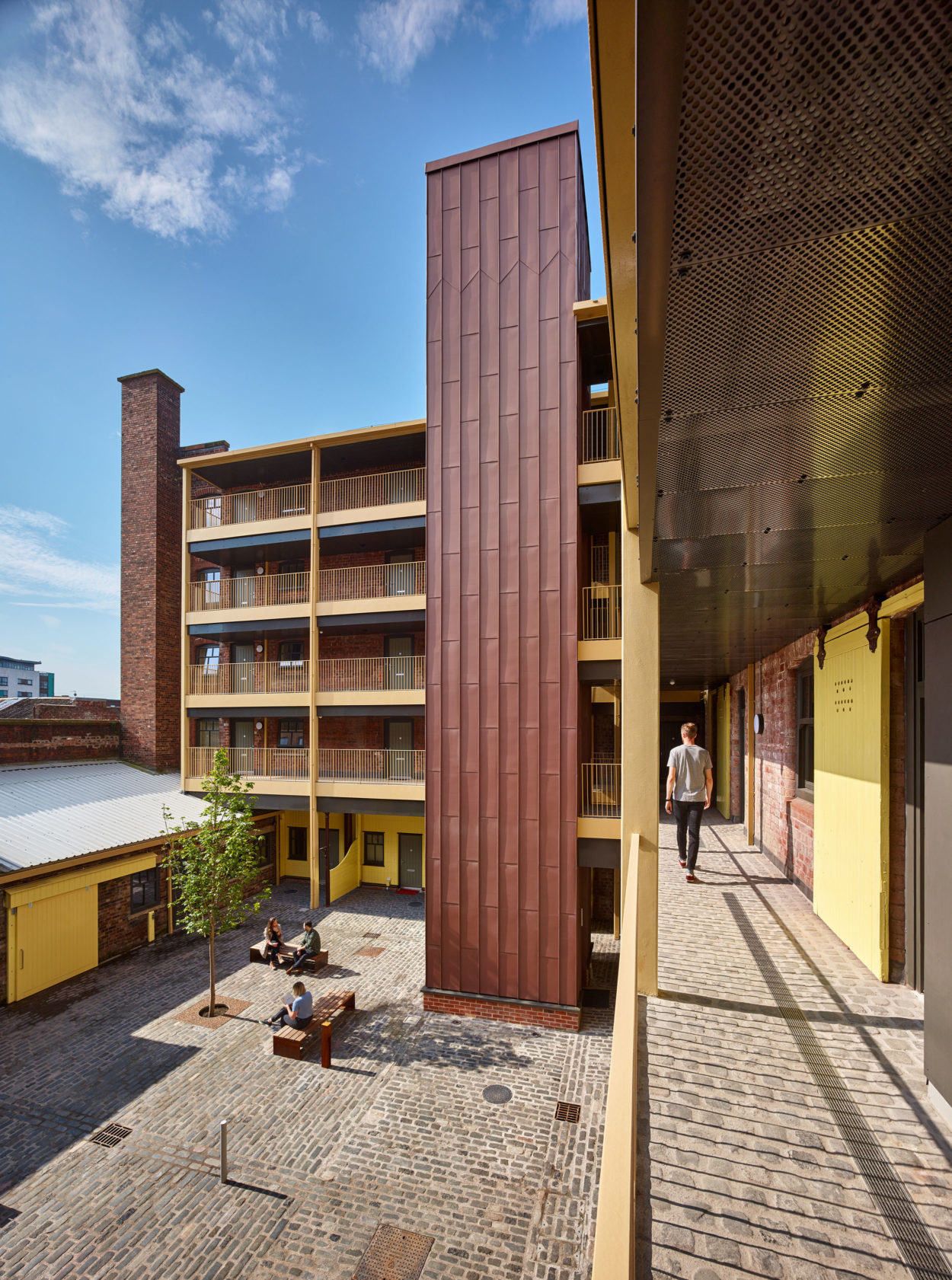 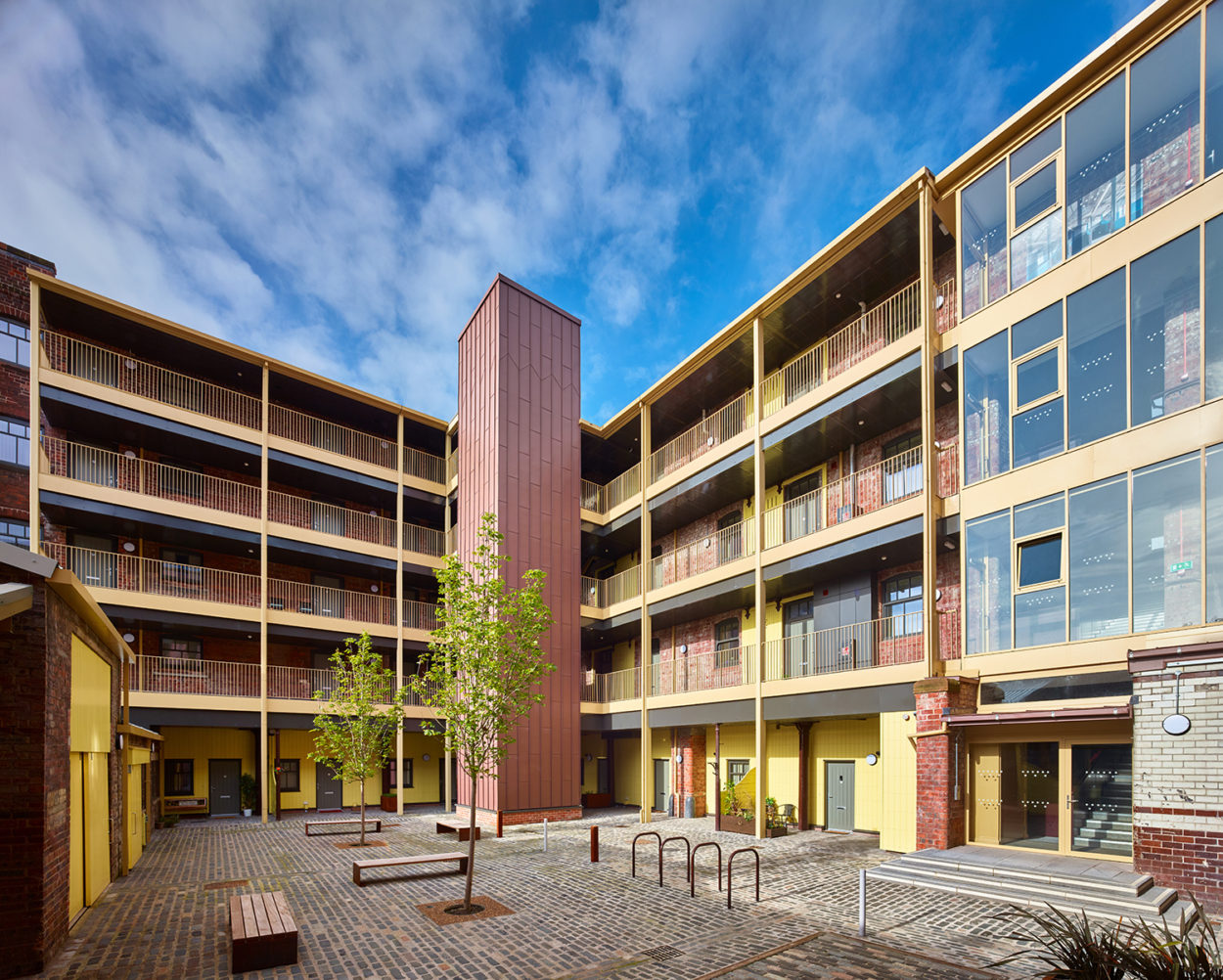 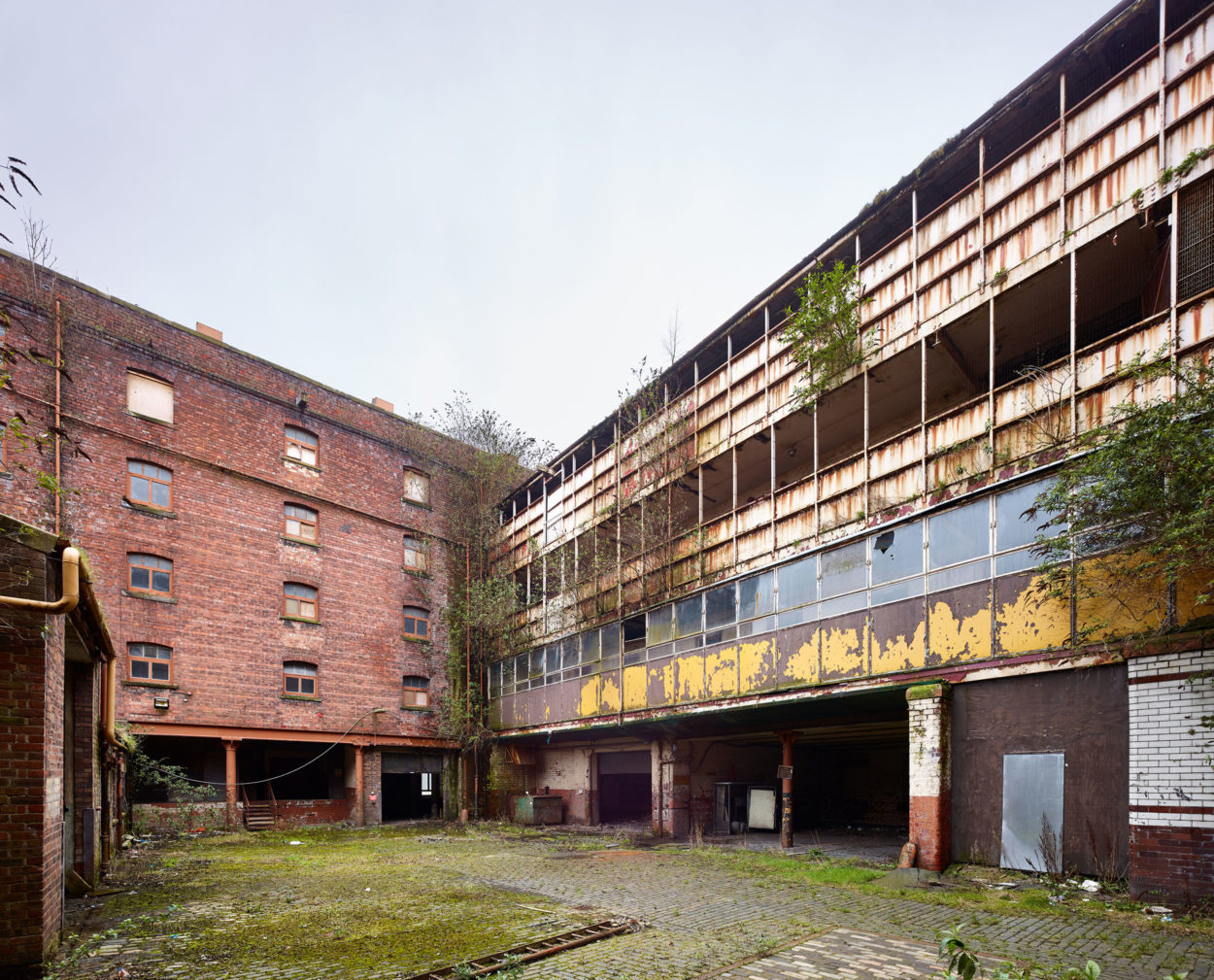 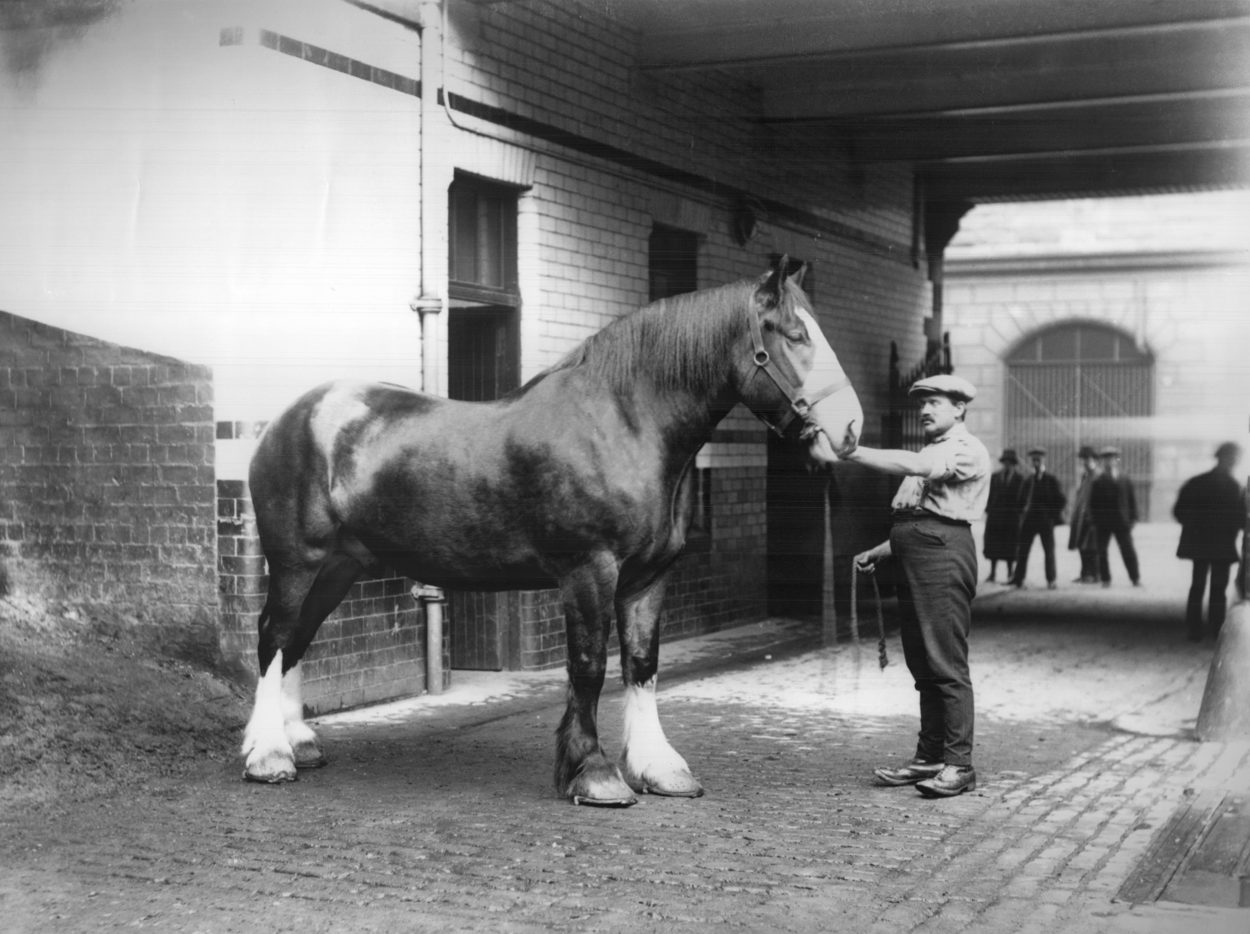 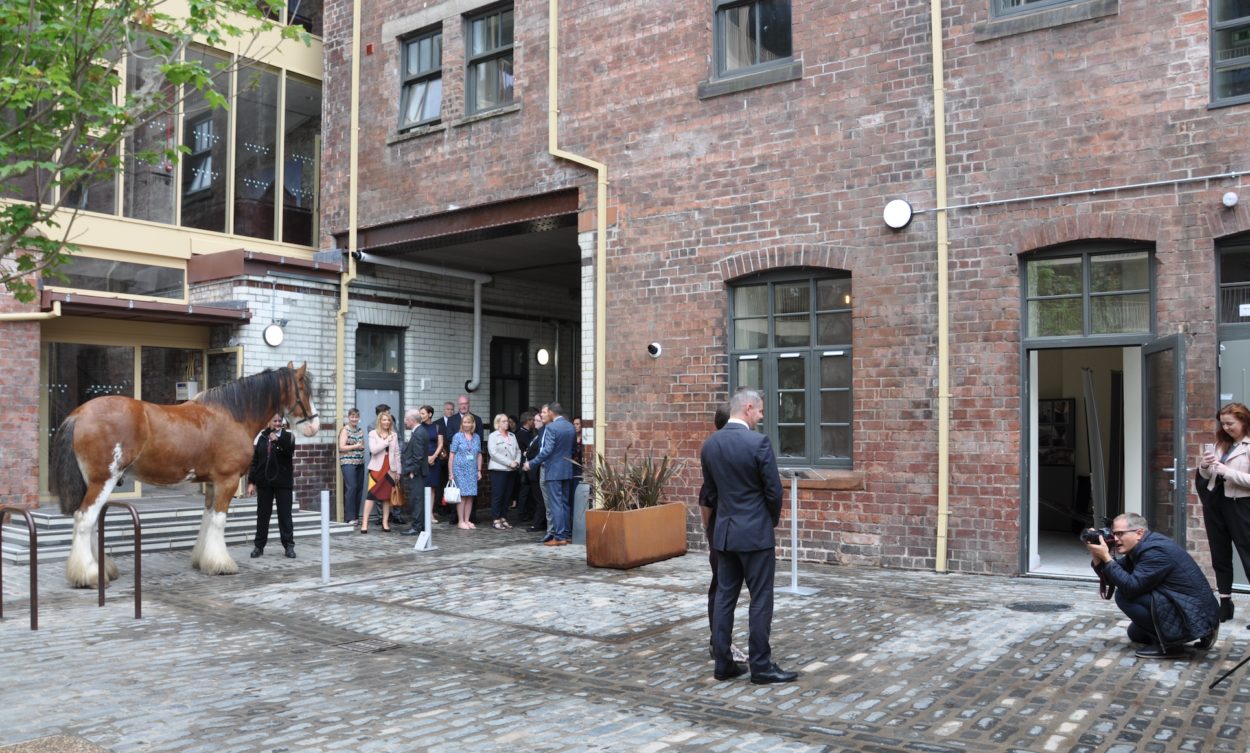