Observatory House on Calton Hill to be revived

Collective Architecture has submitted plans on behalf of Collective, centre for contemporary art on Calton Hill, to bring Observatory House, back into use. A significant building within the Calton Hill, UNESCO world heritage site.

Observatory House, which forms one corner of the City Observatory site redeveloped by Collective Architecture in 2018, is a residential house dating back to the 18th century and was formerly occupied by resident astronomers. Previously renovated and offered as a holiday let by the Vivat Trust until 2015, Collective now plan to upgrade the house and divide it into two apartments available as lets separately or together for larger groups.

As well as being available to hire, Observatory House will host artists visiting Collective as part of its programme of international art commissions from artists who have never shown their work in Scotland previously. The House will also be opened to the public for special events such as Doors Open Days.

“Observatory House is a gem of a building in an incredible location. Though this is a challenging time for Collective as we emerge from an extended closure and are struggling with the loss of expected income, it is even more important that we move forward with plans to complete the full integration of our historic site. As a charity, we are dependent on fundraising and income generation to deliver our mission to bring people together around contemporary art. Giving Observatory House a new lease of life as a lettable space will allow us to generate income that will help keep Collective freely accessible to all.”

Following a formal tender process in December 2019, Collective is delighted to have appointed Collective Architecture to lead the restoration. The Scottish architects previously led the redevelopment of the rest of the site, which was shortlisted for the RIAS Best Building in Scotland Award in 2019. Plans submitted by the architects for Listed Building Consent include the retention of historic interior features such as the ‘whispering room’ on the first floor, a re-modelling of the interior spaces and a unique decorative finish which will draw on commissions from artists and makers based in Scotland.

“We’re very excited to be returning to Calton Hill and working with Collective once again. Observatory House is a beautiful building, full of character and interest. We plan to keep the rooms simple and calm and to retain the feeling of the House as a retreat, overlooking the busy city below. When complete, the restored House will offer a fusion of gothic architecture, modern interiors, contemporary art, and exquisite local cuisine.”

Renovations to the house are set to begin early in 2021, subject to a fundraising campaign and following the appointment of a suitable contractor. It is hoped both apartments in the House will be available to book from summer 2021." 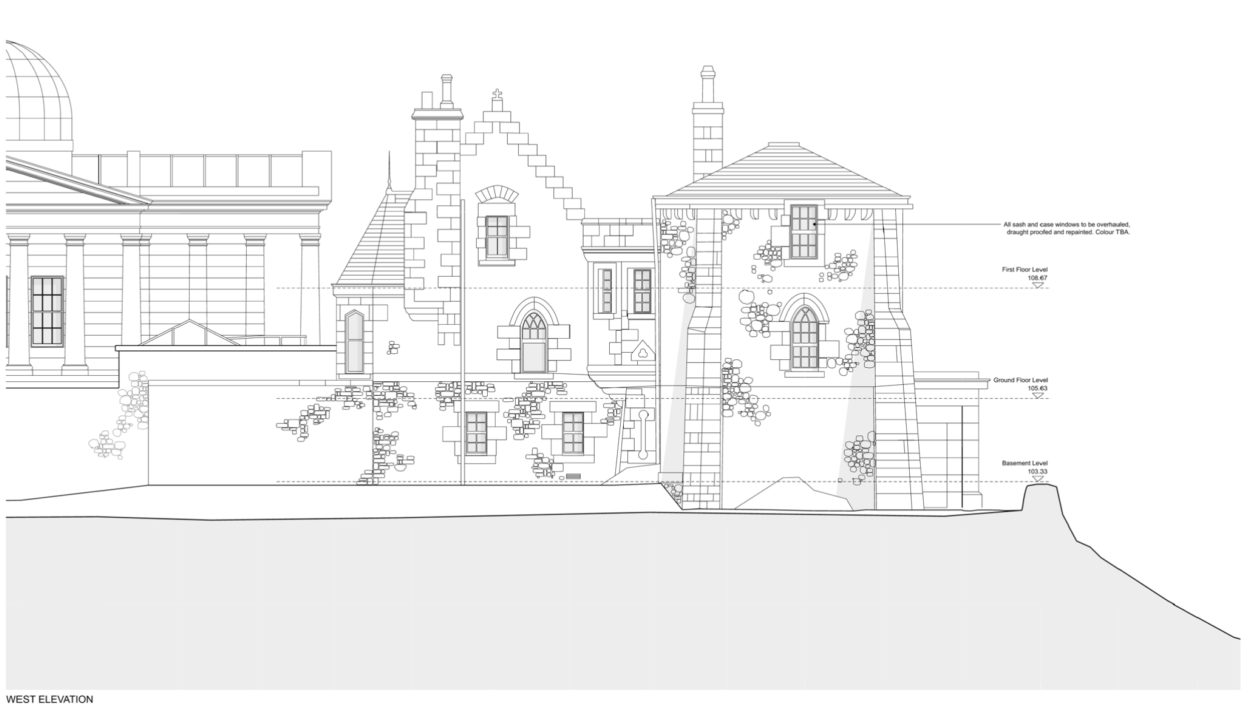